Posted on November 7, 2017 by marklosingtoday

Apologies to the Blog that Celebrates Itself folks, seems we’ve been a little absent minded with reviews for recent releases, I’m not even going to bother saying we’ll be revisiting them in later musings because, well it’s almost a sealing of a death wish, all I’m going to say is watch this space. Latest to their esteemed and busy years roster, a homage to Wire via a nineteen gathering of talents, all of whom, barring one or two names, I’m embarrassed to say have yet to trouble our listening space. Now long-time visitors to these missives will be all too aware of our fondness for ‘Map Ref 41N 93W’ – a track that’s stayed with us ever since first hearing as an impressionable youngster, still sends shivers each and every time we hear it. Left in the hands of Curelight Wounds, its divinely shimmered in oodles of sun burst hazes and bliss kissed with a vintage dream draped shoegazey serene that could have easily have been forged in a classic era Creation sound house, its pristine pop acuteness beautifully blurred by a fuzzing radiance which to these ears sounds not unlike the The Hollow Men emerging through the feedback fog of Flying Saucer Attack. Aligned to a rollicking spikey swing, there’s a primal looseness and delightfully scuffed up waywardness attaching to ex mothers rephrasing of ‘dot dash’ here given an anthem surging pogo charge that veers between moments rekindling memories of a youthful Fall and Serious Drinking. Best track on initial listening, Artificially Yours’ take on ‘used to’ has to be heard mainly because, and really I shouldn’t be saying this, it scores highly against the original mainly because of its isolationist and emotionless vibing perfectly framing its obliqueness daubing it in a divinely cold distancing. That said Slaap’s revisioning of ‘heartbeat’ is no slouch in the affection stakes, its ragged primitive wiriness distressed into something which sounds more like prime era Television than Wire. https://theblogthatcelebratesitself.bandcamp.com/album/single-k-o-wire-revisited 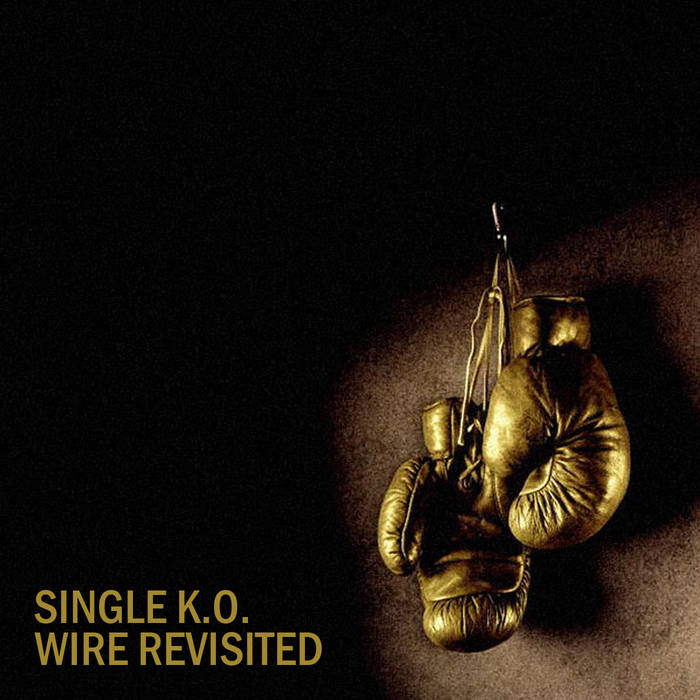 This entry was posted in groovy bastards..., Uncategorized and tagged Single K​.​O. - Wire Revisited, the blog that celebrates itself. Bookmark the permalink.