Posted on November 9, 2017 by marklosingtoday

I’m certain that we were only remarking in recent dispatches, about the of late missing in action the Blue Giant Zeta Puppies, whether by coincidence or the fact that they felt our concern, these dudes turn up on the latest volume of head tripping happenings courtesy of the latest new and improved Active Listener sampler. ‘by the light of the moon’ is your flip wigging sub three-minute shot of totally zonked out beatnik-y freakiness, a psych pouting kosmick star rider that appears to have been taking the occasional leaf from out of Schizo Fun Addict’s book of fried rock-a-hula and wiring it upon a snaking Eastern motiffed palette possessed of the riff whiffs of Will Sergeant. Somewhere else here the wonderfully named the 1910 Chainsaw Company drop the kookily radiant mirage that is ‘good friend’ – a lilting and lazy eyed lolloping sun peeling smiley sortie gorgeously woven in an eccentrically distilled old fashioned around the pub piano singalong, music hall, honky tonk and MOR west coast vibing with hints of an early 70’s Kinks and Beach Boys mellowed, murmured and melodically sighed to sound something akin to a studio gathering of the Heartstrings and the Soft Parade, quite perfect if you ask me. Maintaining the high-end quality control, ‘kwak’ by the previously unknown to us Flange Circus has been setting tongues a wagging and heads a nodding here with its curiously mesmeric earthbeat tablas adored in swathes of symphonic glacial waves, some noodling bass snake winds and the occasional primal howl emerging through the twilight fog, pretty mystic I can tell you, nu age psychedelic ju ju anyone. I’ll warn you now, Void Watcher’s ‘succour’ will, make no mistake, blow you away. Late to the table as far as end of year hoohah’s go, had the great Mr Peel still been around, this would have been attracting enough adoring as to see it emerging as the surprise Festive 50 chart topper, kissed with a heart heavy hush and tripped with that rare x factoring that has you dropping everything in order to shuffle up closer, its opening moments opining to the fragile flurry of crystalline riffs that sound like classic Marr / Reilly craft, there’s something here majestically turned and phrased in the hallowed image of a youthful Butterflies of Love. Last up for this brief stop by, fear not we will be returning, lest we forget to mention to heavenly visitation that is ‘Rainy day vibration’ by Sleepyard accompanied here by the angelic tones of Judy Dyble, crushingly beautiful, its hymnal poise tip toed in spectral snow kisses, its minimalist murmurs swooned in quietly rejoicing enchantment, so touching, tender and timid I can almost feel the tears a welling in the company of its cocooning ice sculptured majesty. https://theactivelistener.bandcamp.com/album/the-new-improved-active-listener-sampler-vol-ii 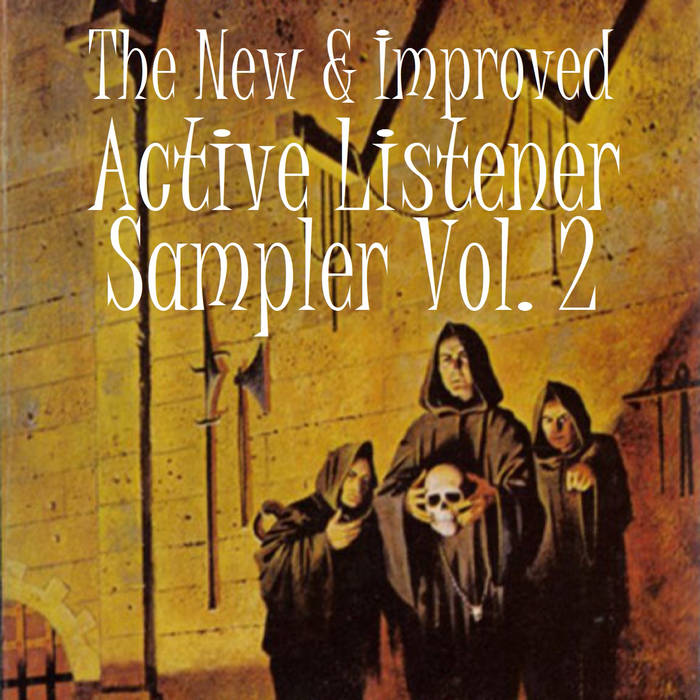