Posted on November 12, 2017 by marklosingtoday

A little something, we spotted on a recent trawl around the pages of bandcamp, this is Gammalogue with a release that by rights, had we spotted earlier, would certainly have featured in our recent Halloween special. But enough of that, the wonderfully titled ‘demonic pumpkins from outer space’ kind of says what it does on the tin. A quintet of eerily futuristic electronic occurrences indelibly inspired by 50’s sci-fi b-movies, tis all playfully woozy in a ‘Mars Attacks’ type tongue in cheek until of course you stumble upon the terrorphonic still dread of ‘devastation’ whereupon matters take an abrupt wrong turn into more darkening terrains. The temperature dropped considerably while the hairs on the back of your neck stand in dread expectation as the tonalities shift to weave a shadowy macabre much like some life sucking fog descending upon your listening space.  https://gammalogue.bandcamp.com/album/demonic-pumpkins-from-outer-space

in sharp contrast, Gammalogue’s previous release, well worth checking out incidentally, entitled ‘initium’ is an altogether different beast, the liner notes revealing that inspiration was drawn from Tangerine Dream, Steve Moore and Sinoia Caves, which across these five tracks is much in evidence. Cosmic star gazers be they, all symphonically sculptured in an arresting array of dream weaved astral alignments, ‘bad trip on the far side of the moon’ particularly finding itself tuned into the sonic frequencies of classic era Zombi and Craig Padilla. However, for us, we suggest you navigate swiftly to the parting opus ‘upon the shores of delusion’ for what is a superbly lulling slab of mind morphing kosmische turned in a sublime silver age electronische vintage whose seductive wide screen artistry cocoons you in an orbiting trippy mosaic to recall those early musical missions by the Warm Digits with just a smidgeon of Polypores indelibly tinkering about in its Tangerine-y chassis. https://gammalogue.bandcamp.com/album/initium 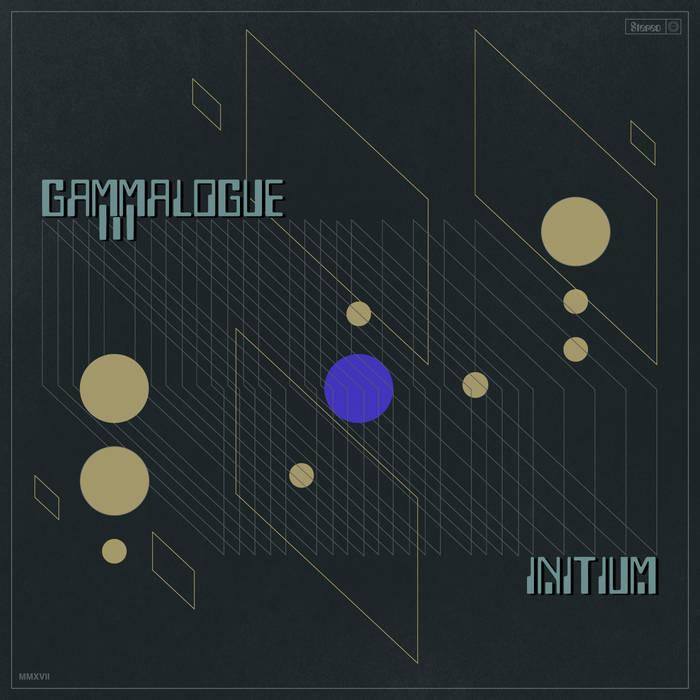 This entry was posted in groovy bastards..., Uncategorized and tagged Gammalogue. Bookmark the permalink.