Posted on December 4, 2017 by marklosingtoday

Arriving just after the oncoming silly season, new happening groove from the eggs in aspic dudes, more uber essential cassette crucialness that’s due to impact early January, this time from behold a pale horse in the shape of their self titled six track EP. Described in passing as neo psychedelia with trace elements of kosmische, blues and breakbeats and pissing in similar pools to those of NEU!, Dead Indians, MC5, The Doors, Grizzly Bear and early Pink Floyd. Aye we thought we can agree to that, certainly the Doors, for on the two cuts currently gracing the preview pane of their bandcamp window a primitive mysticism rises from the primordial fog, not least on opening herald ‘behold the pale horse’ where to the looping riff sparring a primitive dance snakes and weaves that’s cooled in the dust crusted mantras once upon a time the cooling call of Death Cult.  That said scratch away a little deeper and is that the darkening shimmer toning of a ‘Seduction’ era Danse Society muddying the grooves, we’d like to think so. ‘united souls’ continues with the Death Cult badge wearing though here predating to their Southern Death Cult persona, about you in a rash, its lysergic flashings and rash forming pulse racing edginess honing into terrains once briefly the domain of the Somatics, comes kissed with one of the finest chorus’ we’ve heard all year. https://eggsinaspic.bandcamp.com/album/behold-a-pale-horse-ep 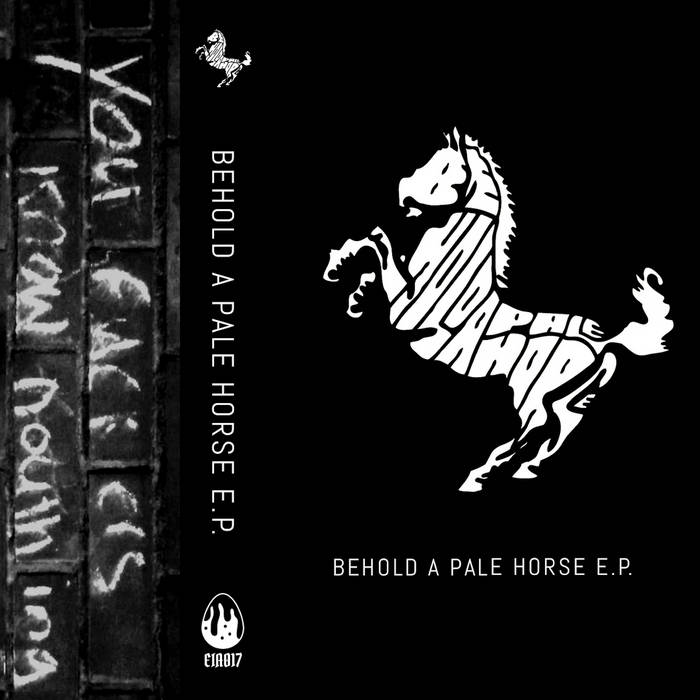 This entry was posted in groovy bastards..., Uncategorized and tagged behold a pale horse, eggs in aspic. Bookmark the permalink.