Posted on December 6, 2017 by marklosingtoday

Look I know we’ve been promising, it’s gonna happen and soon, oodles of Finders Keepers freakiness both old and new-ish, well at least the stuff they’ve taken to posting up on their bandcamp shop page. Expect loads of weird ear beardy beauties like this stoney 70’s kooky pill from Emma de Angelis available in both download and vinyl options. Three tracks lurk within to give you a more than enough of an idea of the freak pill range afoot here, the opener ‘forgiveness’ I think might just edge matters in the affection stakes not least for the way it dressed up as a wayward beatnik drop out cooking up some way out frazzled funk blues trippiness. ‘trip’ eases on wig flipping instead opting for something more mellowed, laid back and a tad smoked in a lights lowered after hours sophistication. Which all leaves ‘plankton’ to round out matters to the end groove, though not before spiking your listening space in the softening demur of psych essences mesmerically trimmed in cooling countrified mosaics and a reclining lazy eyed haziness that hints just a subtle touch of John Fahey. https://finderskeepersrecords.bandcamp.com/album/emma-de-angelis 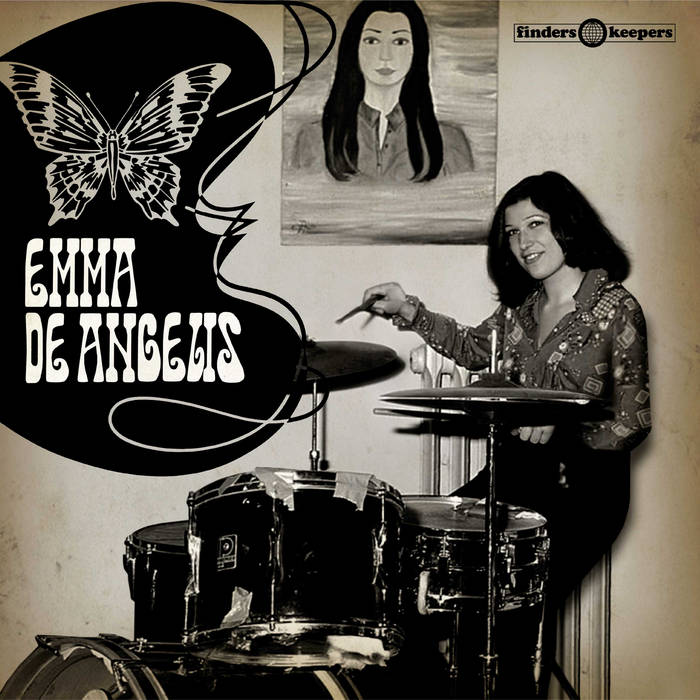