A welcomed message from Antonymes gently navigating us towards a release that he thought might we might find apt for the time of the year. In truth it’s beyond us how we missed this  first time of asking. Originally gathered together for release way back in 2015, ‘at this time of the year’ collectively harvests a quartet‘…of traditional Christmas music that I’ve recorded over the last five years’. Now I know for a fact that at least one of its number has previously featured here – see https://marklosingtoday.wordpress.com/2014/01/07/antonymes-2/ – but as to the rest, well I’m simply a tad concerned that they escaped our radar until now that is. Antonymes needs no introduction in these missives, crafting porcelain cut neo classical nuggets, the artistry and deft of touch indelibly exquisite is only superceded by the feeling, tenderness and close intimacy that he applies with sensitive minimalism. As said, herewith a quartet of snowy sighs opening with the ice sculptured ‘Sleep (Away In A Manger)’, steeled in a reverential stillness, this frost tipped beauty silently twinkles like a briefly radiant lone star atop a sleeping twilight hazed landscape bathing all in a warming glow. Wonderfully remote, romantic and somewhat bruised, ‘snow on snow’ encapsulates perfectly that stilled silent grace like serene that accompanies the dusting of snow, here adoringly shepherded by the soft angelic opine of hushed heavenly string arrangements. All said, it’s the parting ‘branches of green delight’ that ought to captivate and hold your senses prisoner, sparsely measured and trimmed in expectant poise, this mellowing murmur tone both reflective and introspective is kissed with a touching noir sigh that has a smoky drink at the last chance saloon nostalgic glow attaching. https://antonymes.bandcamp.com/album/at-this-time-of-year 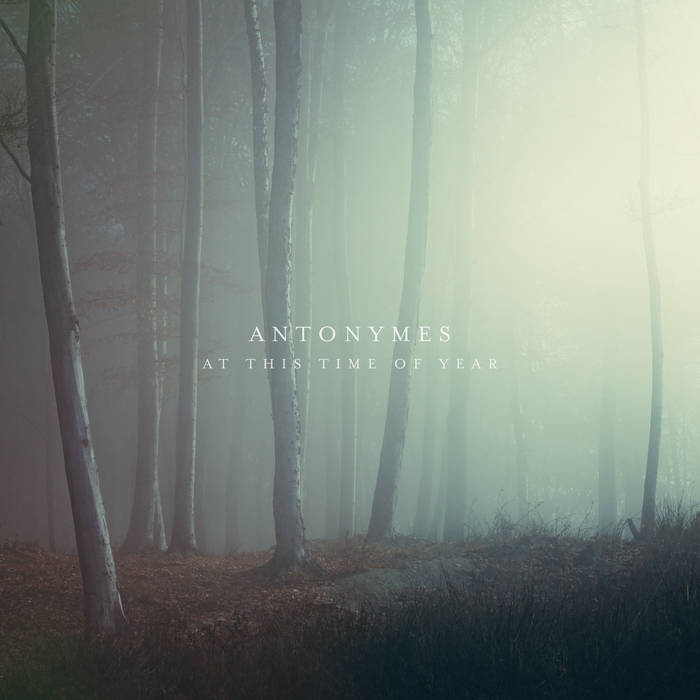 This entry was posted in groovy bastards..., Uncategorized and tagged antonymes. Bookmark the permalink.