…. back with that rather nifty Small Bear Christmas compilation, this be ‘unknown presents’ a 13-track yuletide tree gathering. A set which by rights ought to be firmly up the street of those among you still mourning the passing of the filthy little angel’s imprint. We’ve already mentioned forty foot pipe’s contribution to the proceedings – ‘Christmas in the fens’ and also duly noted the inclusion of the Bordellos’ ‘window shopping at the Apple boutique’ which with reference to title and seasonal sentiment, sits somewhere with the festive great and good that be the Pogues and Half Man Half Biscuit – mentioned here as it happens https://marklosingtoday.wordpress.com/2017/11/19/the-bordellos-41/ – keeping it in the family, Bordello-er and Vukovar-er Dan Shea chips in with ‘poetry in sleet’ – a somewhat down cast affair, the mournful malaise extending through to the stumbling riffs, truly broken and vulnerable not to mention a tad tearful. If there be a track here to rival the Bordellos immaculate offering, you wouldn’t have to look far further than Matilda Star’s ‘Christmas time is here again’ – an adoring seasonal hope song radiantly sprayed and spruced in sweeping strings, glittered guitars and tinsel twinkle sets all blessed and affectionately teased by a most cutely formed angelic chorus crush. Harmony Dischord on the other hand shift the pace along to gusto settings with opener ‘celebration’ – thankfully not the naff U2 toon of nearly the same name, this one a three-chord power popping zapparooni – kinda the Senseless Things rephrased by Kevin Tihista. Two astutely breezy strumtastic offerings from Matt Kelly in the shape of ‘yes, it’s Christmas time’ and ‘money in those trees’ – the former a seasonal snapshot of hum drum homely family life and the trials of the perfect Christmas and English eccentricities while the latter a strumming giddy up about the hapless money-making schemes of local football manager Johnny. I was hoping against hope that post war stories’ ‘power of love’ wasn’t the ‘power of love’ – on a personal level it’s a song I truly despise, don’t know why, just is. That said, left in the hands of these folk, its pomp and naffness which usually attaches is somewhat punctured and in its place a quietly sparse toning is brought to bear that relocates it to more stratospheric climes replete with oodles of riff fractures, truth be told had us recalling her name is calla if you must know. Label head honcho Phil Reynolds can be found here with the Bleak Midwinters cobbling hazily glazed fuzzy glow forming pop perfection courtesy of ‘stupid little things’, one of those tracks that sneaks up behind you just when you least expect it and softly blows you away – a bit like Amsterdam – and something you’d have expected to have acquired the seal of approval of a certain Peel chap. Ages since we delighted to the sound of a spot of Postcode grooviness, herewith ‘Jesus is for life’ and sounding a lot like one of your favourite cool guitar indie beat pop combos on a short numbered pressing from one of those dandy hipster yankee label from the early 90’s. can’t recall for sure, but I’m sure Postcode have personnel connections with nanaki whose ‘dawn breaks on Christmas morning’ rounds out this particular compilation though not before smoking your listening space in a glazing of uber cooled 60’s styled spy noir a la the much missed youthful Gnac. This heel meanwhile serve up ‘married to the winter blues’, a track which we were expecting to be all chilly and coolly frosted, instead its quite sunny sided not to mention tingled in a subtle west coast tan, yet why does it’s strangely alluring rustic electronic buzz have me of a mind to go rummaging out everything XTC, Wire and the Memory Band, surely that’s a good thing, right. Last up and certainly not least, the absolutely adored ‘Twelfths’ by the Yons, a purring prairie pretty seductively sighed in lazy eyed slide riff opines, what more is there to say, as homely and inviting as a roaring open fire. Is it snowing yet. https://unknownpresents.bandcamp.com/album/unknown-presents 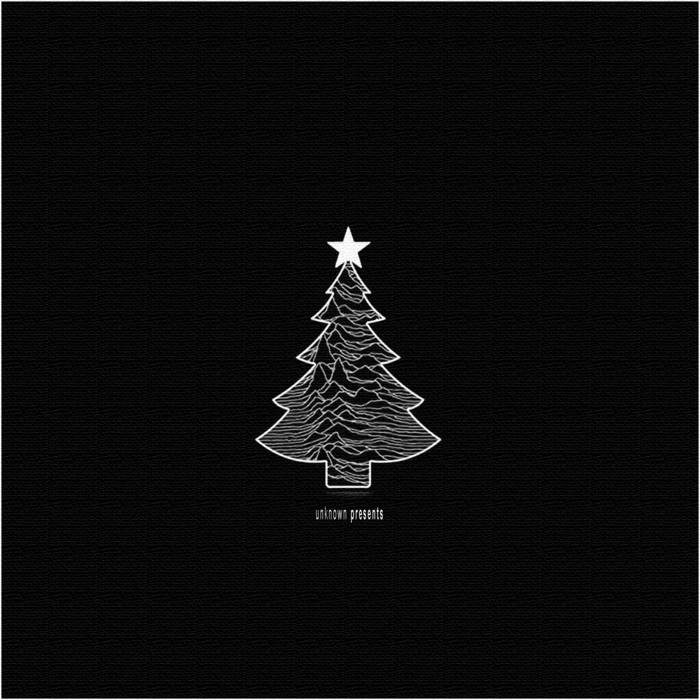