Posted on December 18, 2017 by marklosingtoday

there’s been an unrivalled mixture of grumpiness and happiness around the gaff these last 15 minutes, grumpy thsat we didn’t know this was out or even existed and yet happy that we’ve finally laid our lobes upon it. Well it’s been an age since we had cause to rave about all things Dog, Paper, Submarine, i’m certain the last time they came our way was via the small bear imprint. Anyhow, enough of the reminisces, much to our distress ‘post human melodies’ was released earlier in the year, I suspect we must have been asleep when news came through, from it here’s the panic attacking shock treated ‘baby machines’ – a prowling post punk pill blurring the lines between Wire and Magazine and freefalling into the kind of gouged groove more associated with Adam Leonard’s Invaderband, mind you scratch a little deeper and what emerges is something tailored and fashioned in the stylings of the much missed Quickspace. Equally responsible for causing swooning attacks in our gaff the up close and personal ‘moon jelly skin’ arrives bleached with the kind of day-glo dosed sun fried kudos as to suggest it be something cut by the hand of an Elephant 6 Collective gathering of Doss, Schneider, Hart and Mangum. On limited cassette issue – a copy of which we’d love – ahem hint hint – from here … https://dogpapersubmarine.bandcamp.com/album/posthuman-melodies 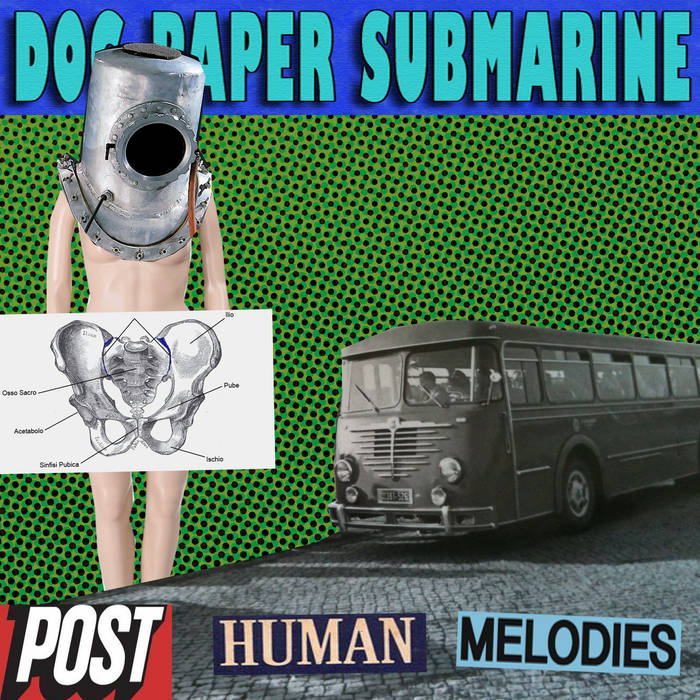 This entry was posted in groovy bastards..., Uncategorized and tagged dog paper submarine. Bookmark the permalink.