Posted on December 19, 2017 by marklosingtoday

Okay we mentioned a little earlier of the possibility of Silber sightings towards the end of the year, well a fair amount of rescheduling has had to be twiddled around with the welcome appearance of an email from head honcho Brian, who between suffering the woes of some kitchen floor disasters, has still had time to post up eight, yes you read right, eight Christmas related releases. Now this leaves us in something of a quandary with the real possibility that we’ll be spending our return from work later today furiously rummaging through the list trying to get as many of them mentioned in time for the Christmas bumper missive. Happy to say, we’ve already despatched of two their number – Lullubier’s excellent EP featured yesterday –  https://marklosingtoday.wordpress.com/2017/12/18/lullabier/ while Yellow6’s latest annual sonic festive card we touched on briefly here  https://marklosingtoday.wordpress.com/2017/11/27/yellow6-16/ . we start this account with a rather spiffing four track EP going by the name ‘silent nights’, essentially four contrasting interpretations of the seasonal classic poked, prodded and presented in a quartet of uniquely distantly recognisable variants. Heavy for the Vintage start the ball rolling with a prowling slab of minimalist wooziness, a deeply mesmeric locked grooved psych pulsar adored with a killer fixed stare phrasing that in truth had us here fondly recalling a blissed-out Suicide. Philip Polk Palmer’s reading is made of far darker and grander stuff, steeled in reverence there’s a hollowing beauty unfurling here, amid the stillness of a sleeping twilight, emerging through the brooding blanket of chamber ambience the familiar twinkle of crystalline chimes charm and pirouette basking all in a celestial serene. Remora are here dispatched and summarily dissected by a head to head heavy for the vintage and Philip Polk Palmer mash up, the result is not the least worrisome as you’d first imagine, instead what emerges is a wonderfully lilting snow frosted slice of dream dazed drone softly crushed in delicate mind expanding dissipates replete with ghostly choral tidings and orphaned chime motifs. Small Life Forms wrap matters up, pretty much picking up the baton where Remora parted and cooking up something that had I not known any better, would have hazarded a wee guess, was the work of a dozing Spacemen 3. https://silbermedia.bandcamp.com/album/silent-nights 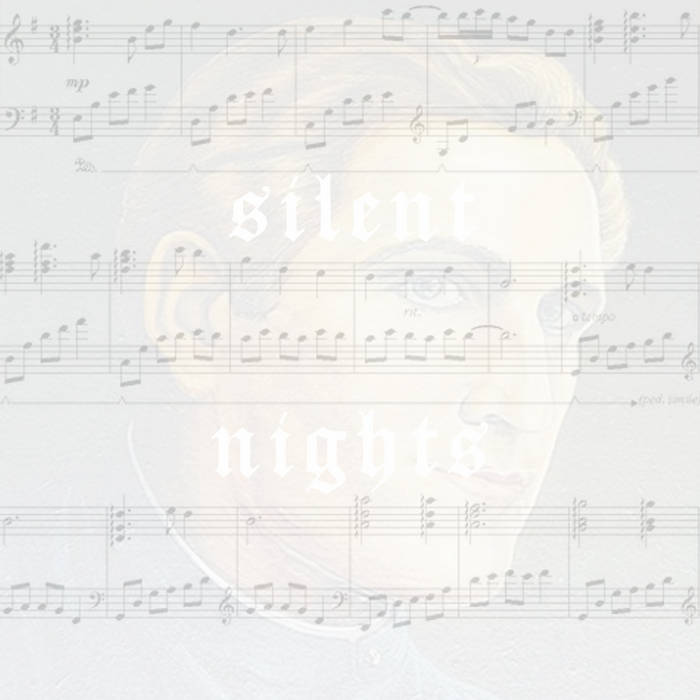