Posted on December 25, 2017 by marklosingtoday

returning back to ERR -REC imprint of France, who you may recall we mentioned a day or three ago when we were rightly blown away by that drop dead cool visitation by Cite Lumiere, more from them later both in the week and today, given we’ve a little something from the previously mentioned Grilled Chicken Legs Brittany Style that features at least one of their number. Anyhow, before we go off on a tangent, the label suggested we might like Dialectric, who will be popping up at some point this missive, however what took our ear was the parting track from a set put out by Viryane Say entitled ‘espaces libre’. Known for her trademark punk and jazz explorations, Viryane Say sought to extend the possibilities of the bass in a more amorphous space, the result being the four tracks that make up this highly engaging release. Incorporating elements of drone, it’s both tracks 3 and 4 that caught our lobes, ‘sans nom 4’ a spacey mosaic arrested in flurries of jubilance and sun scorched activity is teased in a stilled slow burn reverence that had us here much recalling Flying Saucer Attack and those late 80’s New Zealand noise outings by the likes of Russell and Montgomery. ‘sans nom 3’ provides for a more insular and remote listening experience that utilises microlite flashings sourced from sounds more outer spheres, very minimalist, strange dreamy, yet as though harnessing nature’s very elements to create a beautifully brooding David Lynch like atmospheric palette.  https://err-rec.bandcamp.com/album/espaces-libres 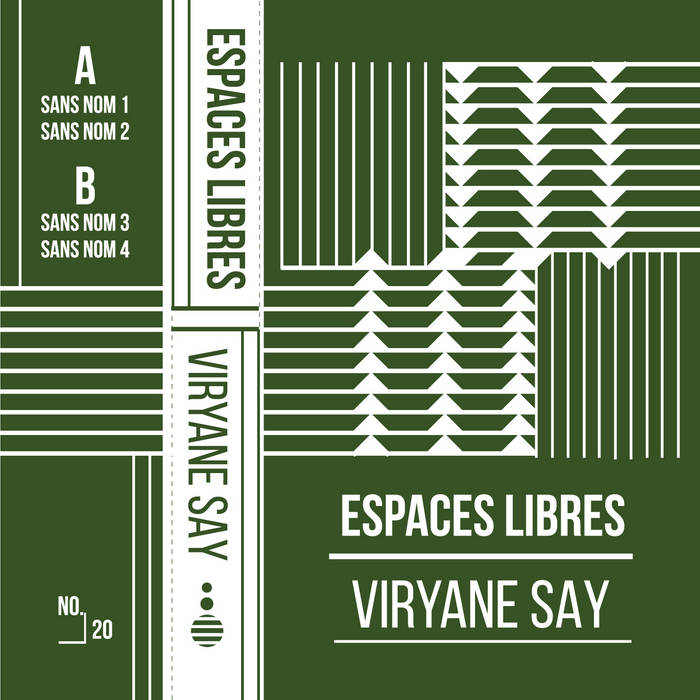