Next up two tracks that where for the best part of Tuesday’s cautious visit to the hospital, in what can only be best described as performing a sonic tandem upon our sound player, both found, shall we say, pissing in the same musical pool but from opposite corners. First up lo five who you might recall from a spiffing outing for patterned air a little while back, is at present holed  up in a studio crafting sound palettes that will form what will be his next album, has just sneaked out ‘my house is my house’ – a collection of tracks which according to their author come from a place undone of the meticulous tailoring and confines of usual recording processes with a heavy emphasis on the word ‘fun’. Courting a definite retro vibe, this set gathers together four cuts of laid back smoking cool, ‘I think you need to leave’ particularly dusted in a classicist techno framing twinned in a silver age sepia phrasing that’s fondly moulded to a dreamy 70’s optimism. Likewise there’s a funky and slickly sophisticated nostalgia attaching to ‘It’s not that sort of party’ that hints of a pre trance KLF while opener, the seductively disarming ‘hi, welcome back’ has a super chilled grooving that might suggest a youthful minotaur shock spruced up and given a makeover by Emperor Penguin. Yet all said, for us it’s ‘please make yourself at home’ that had us here a tad smitten, not least because its lunar lounge sultriness had by these ears, the kind of tasty turn of phrase that one might have expected to hear emanating from a late 90’s Domino catalogue headed up by the likes of tele:funken. Questions and queries on a postcard to the usual address. https://lofivemusic.bandcamp.com/album/my-house-is-my-house-volume-one 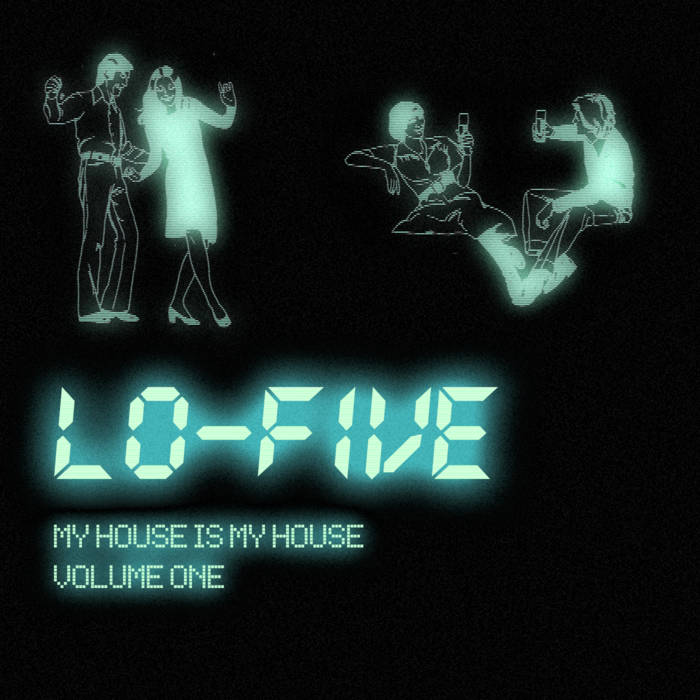 This entry was posted in groovy bastards..., Uncategorized and tagged lo five. Bookmark the permalink.