Deepest apologies to the Bearsuit Records folk for not coming through with the promised mentions of late, I feel particularly bad given the fact that Alex Bearsuit has been very supportive with messages and advise with regard to my ongoing health woes. So it’s with a degree of good fortune and coincidence that a new Haq EP shuffles its way past our listening desk. Of course in no need of introductions here, Haq feature the combined talents of Harold Nono and N-qia, found here captured across a quintet of strangely alluring tracks (gathered together as the ‘Antics in a Maze’ EP) whose sum parts compress a joyous distillation of flirting chamber arrangements, trip hop-ula electronics and skewed rhythmic gyrations which in many respects may well collectively be their most pop orientated outing to date. To set some kind of reference markers, there’s much here to appeal to those fully versed in the late 90’s era happenings of say, Cornelius and Takako Minekawa, to these add a smidgeon of Momus and a liberal dose of the Caretaker with perhaps a tasting of Pop off Tuesday. In truth armed with these as a rough guide, you’d still be no nearer pinning down a satisfiable description of Haq, they just freefall and cross weave symphonic collages of sheer ethereal beauty. Opening title track ‘Antics in a maze’ is pure Bearsuit kookiness that’s awash in hiccupping arrangements, dancing ghost lights and wonky enchantment, in truth not so dissimilar to the more lighter tones of Quimper as though impishly remixed by Midwich Youth Club. ‘Norvell’ on the other hand is quite something else, once escaped of the ghostly noir strings and the accompanying dream drizzled mourn, something utterly beguiling and beautiful emerges with the advance of swathes of baroque orchestrations – all very early 80’s Nyman-esque. As to the remaining three tracks, these are given over to remixes with Utu Lautturi’s interpretation of ‘Jikan Ga Nai’ best described as playfully pickled with Senji Niban’s reenactment of ‘are you the elephant factory’ sweetly hazed in a joyous senses overriding toys after dark parade whilst leaving an adorably dreamy Autumna rephrasing of ‘bees in my feet’ to arrest and seduce with its vapor whispered ghosting.  https://bearsuitrecords.bandcamp.com/album/antics-in-a-maze-2 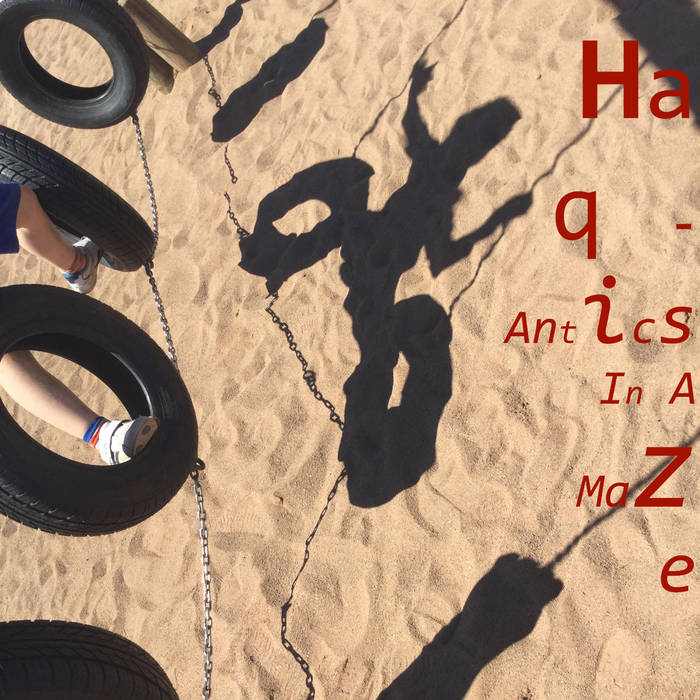 This entry was posted in groovy bastards..., Uncategorized and tagged bearsuit records, haq. Bookmark the permalink.