latest in the Bordellos ongoing trawl of the rarities archives, this be the 14th volume of the ‘underground tape’ series, as previously, gathering together an assorted quartet of  rarely heard alternate edits and various radio session out takes. This particular stroll down memory lane features a cut culled from a recently unearthed rehearsal tape back in the days when the band had a proper live drummer, this particular home recorded session recorded on a, what we used to call back in the old days, ghetto blaster. Ah the ghetto blaster, bring back memories, I mean we wouldn’t have got through the early 80’s without our trusted Silver model, yep the name mightn’t be familiar but boy could this pack a sound, constant heavy use brought about its demise only for it to be replaced by the Hitachi 3D, the first of two we’ve had the pleasure of owning, a model we still use to this day, but I’ll never forget the first one with both the treble and bass enhancers with the fancy graphic lights. Blighter was unceremoniously dumped on the door step by an ex after I walked out  … ahem. So where were we, ah home recorded track / ghetto blaster, track be called ‘the kind of girl’ – quite possibly the best thing here if we discount ‘Johnny Petrol’ – kinda the Monkees gone dark side and much attuned to those killer mid 60’s garage grooved complications that festoon the racks of cool record emporiums across the last, all scuffed n’ lo-fi with a detectable nod to the Wailers and the Standells. ‘Johnny Petrol’ though I think, in our much humbled opinion, just edges it, not least because its possessed of some ultra-cool string swirls a la the Del as in Del Shannon, of course this being the Bordellos, there’s bound to be something skewed frazzling the grooves, its abrasive aloof gouged in a Beefheart-ian growl that spits and squirms with a Fall-esque non conformity. ‘crying over spilt coffee’ – incidentally another home recording, is cut with a seriously sparse waywardness, very slacker-esque and again sounding curiously Fall like in a ‘room to live’ era type way. ‘who’s to blame’ wraps up matters, well in truth opens the set, this being the WA12 Radio session version, finds the Bordello folk in contemplative mood, intimate, scratched and somewhat mourning a fading lost memory. https://bordellos.bandcamp.com/album/the-bordellos-underground-tape-14 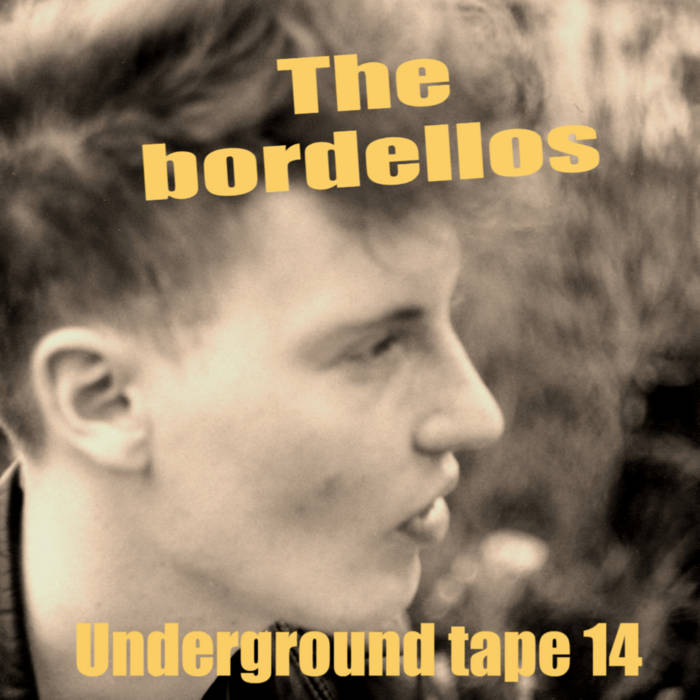