Posted on October 5, 2018 by marklosingtoday

The third audiological report in as many months from the ever excellent A Year in the Country imprint. As ever impeccably packaged in both dark and light editions with each featuring unique designs with various inserts, detailed liner notes and artist foot notes. Entitled ‘the quietened mechanisms’, the set maintains its distinctive eye for detail and attention to quality. As with previous editions, these as were, epitaphs or nostalgia notations, uncover in the main, forgotten histories, whether forgotten through sheer neglect, conspiracy or misremembered, these moments or passages in time are locked in our fading subconscious much like fleeting apparitions or images disappearing over time whether by design or by way of a past rewritten. ‘the quietened mechanisms’ turns its scholarly gaze on forgotten technologies and with it hosts of gathering of 17 intrepid travelers along for the journey.

It’s left to The Heartwood Institute to open these particular findings with the simply enigmatic ‘Birkby and Albright Mine’.  Beautifully poised between morose and hope, this slowly unfurling searchlight provides for a stilled porcelain epitaph to what once was, quietly epic, statuesque and beautifully solemn and above all graceful, to date perhaps, the finest of the Heartwood canon. Quakers Stang serve up a delightfully dinked lunar lightshow in the guise of ‘The Hoffman Kiln’, to these ears sounding like a very youthfully playful ISAN and whose disarming festooning of lullaby flutterby’s are delicately charmed in a vintage phrasing. As though carved in ice crystals, Depatterning’s ‘Of Looms in the Housen’ has a feel of a winter wonderful about its wares, all chiming orbs and cavernous whispers arrest a most desirable and serene calm to proceedings as though you’ve stumbled upon the hibernating underbelly of a sleepy headed snow forest. Equally serene, Embertides’ rather enchanting ‘Ash, Oak & Sulphur’ is possessed of a spectral bewitchment and archaic radiance usually encountered on releases bearing the name the Hare and the Moon on their hide, a joyous hymn of sorts fashioned from the elements of nature itself and the ghostly coo of spectral sirens. An occasional visitor to these pages I think I’m right in saying is Dom Cooper, found here turning in the ghost like mystic that is ‘Metallurgy’, stilled in a ceremonial spiritualism, an apparition ghosted in bowed cymbals, over hanging shadows and eerie drone recitals, I suspect we need hear more. Drawing matters into ever deepening shadowy quarters, Field Lines Cartographer’s ‘The Mill in the Forest’ comes pressed with the same isolationist phrasing and inner disturbia as those crucial early outings by Wizards Tell Lies as though in a face-off with John 3:16, amid its glooming head fog the shifting disorientation of waking nightmare and creeping foreboding exact a haunting disquiet. Grey Frequency on the other hand, opts for something a tad quietly euphoric, passing through ominous shades of blurring grey into heavenly arcs of angel sighs courtesy of the passing celestial apparition that is ‘Nottingham Canal’. Perhaps the most obtuse cut of the set, Howlround’s ‘a closed circuit’ is fired in the busying intricacy of looped microtonal manipulations that impart a chilling and dispassionate alien vibe which had we not known any better, would have hazarded a guess, had been birthed in the minds eye of EAR. With its ornate prettified patterns, The Soulless Party rather touching and tear stained lullaby to the stars ‘rattler to the tower’ has something of a morose beauty about its wares as to suggest it be a dying final transmission more so lonesome serenade sent across the heavens from a long gone cosmic outpost. As the title ‘rural flight’ might well convey, there’s something regal and rustic stirring amid Keith Seatman’s contribution, agreed its gloomed in eerie wisps, heraldic hazes and dream dazed disturbia which many of you perhaps familiar with the sonic visitations of Melmoth the Wanderer may well warm to. It all serves perfectly as a taster for his forthcoming head to head with Belbury Poly. As with the Heartwood Institute mentioned previously, word has it that special lathe cuts are being prepped for release shortly by the Polytechnic Youth. Before that though, there’s the small question of ‘clarion of the collapsed complex’. In short, as beautiful as anything we’ve heard previously escaping from the Listening Center sound bunker, the symphonic symmetry, poise, elegance and most of all, grace, its starry heraldic tones ushering in a likeness for the much missed FortDax. I think it might have been via Dark Outside that we first encountered Spaceship, certainly fresh from his appearance as part of WIAIWYA’s excellent 7 x 7 collection, ‘the stones speak of short lives’ finds him occupying lonesome subterranean wastelands much like a leviathan silently surveying the darkening depths of the great oceanic nothingness. Next up, a much welcomed visitation from Sproatly Smith who serves up the enchanting ‘canary babies’, a woodland mirage of sorts replete with siren-esque chorals and the spiriting of dream like dissipates all woven into a beautified slice of hypnotic magicalia. The much admired Pulselovers – a regular on these AYitC outings – usher in with ghost like radiance by way of the playful dream like music box tones of the pirouetting ‘fuggles’ to sound like some forgotten and lost children’s tv theme while Time Attendant cleverly crafts an eerie evocation with the slowly unfurling ‘hidden parameters’ whose haunting fog of clicks and creaks soon lifts to be replaced by the monolithic tones of stately church organs. Vic Mars on the hand shifts from his usual bucolic florals to adopt something of a crystalline oceanic explorer on the quietly divine ‘watchtower and engine’ – its twinkle toned phrasing charmed with a lilting sleepy headed Faltermayer like adoring, which leaves ‘the structure / respite’ to see matters to a conclusion with a brooding end game of technological savagery in the throes of its dying embers. https://ayearinthecountry.bandcamp.com/album/the-quietened-mechanisms 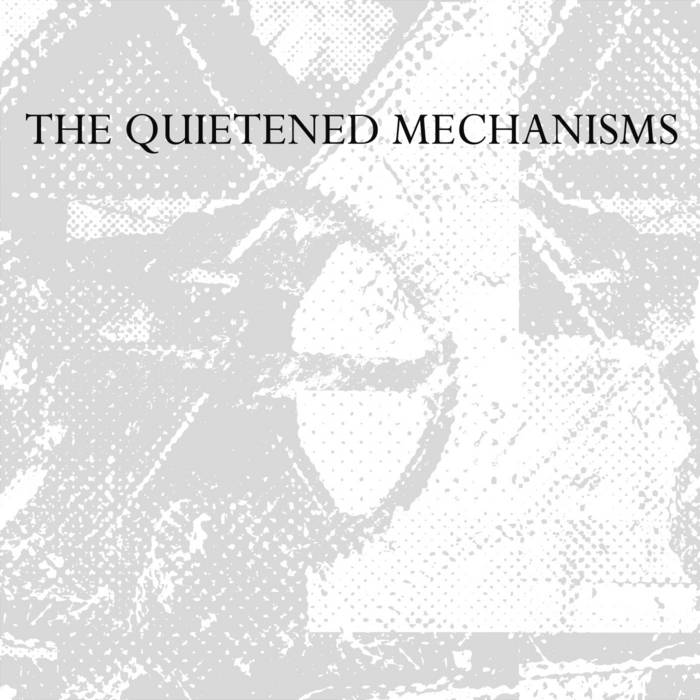