Posted on October 7, 2018 by marklosingtoday

Essential ear gear for those of you adoring a smattering of vintage lounge (as on the zippy jazz toned ‘the insiders’ which should turn the heads of admirers of John Lurie), exotica and sci-fi treated incidentals, via the fine tune imprint, this latest from Julius Vanderbilt entitled ‘action catalyst’ should find itself sitting comfortably amid your prized buried treasure, castles in space, finders keepers, ‘Cobra’ era Stereolab, Broadcast and a smattering of the 90’s Bristol scene (as evidenced on the very Pram-esque kookiness that is ‘vanishing point’) whilst similarly finding the time to peek over the fence and catch the enviable eye of the ghost box collective. Featuring 18 tracks and available on an eye catching cassette with digital availability for those foolishly trading their players for micro systems in the would be great analogue death knell. There’s no refuting that Vanderbilt is possessed of an adept creative savvy for the eyeing of the vintage for these melodic miniatures don’t appear to have seen the light of day past the late 70’s, tracks such as the retro funk slinkiness of ‘car chase’, ‘suspense and disbelief’ (a slyly trippy marimba soaked funk struck nugget) and the spy themed ‘passage to Cairo’ sound like lost soundtracks for would be un-commissioned noir thrillers from the early 70’s, the latter particularly flavoured with a distinctive Barry-esque phrasing. John Barry instantly strays to mind on the ornate mystery mosaic ‘release time’ – the sweeping strings, baroque tones, harpsichord pirouettes and floral fancies fuses into something that freefalls between romance and melancholia, reminiscent it has to be said to his ‘Vendetta’ score. That said there’s something of the Schifrin’s about the uber cooled ‘psychedelic city’ with its flares, kipper ties and coolly cued noir smoked undertones. As promised, amid these grooves you’ll find the occasional detour into 50’s / 60’s as on the gloopy and futuristic jet aged ‘flight pattern’ wherein echoes of Louis and Bebe Barron are found tinkering under the console boards of the BBC Radiophonic suite. Elsewhere, you’ll find a plethora of lilting lounge sorties breezily interspersed throughout such as ‘Atomic Eye’ with its smooth 80’s lazy eyed kosmische peppering while ‘danger in movement’ is pure Delia electro psychedelics and something which wouldn’t look to out of place as some sinister mind warping sequence on the ‘tomorrow people’. Those of you still mourning the passing of L’Augmentation will do well to seek out at first point of reference the beautifully evocative ‘advanced hearing of birds’, sprayed as it is in all manner of floral posies and longing kissed in a delectable autumnal dusting. It’s left to the ISAN-esque ‘Solar Freeze’ to see matters to a lulling close, a celestial Wurlitzer spinning serene amid the oceanic heavens, waltzing with sweet abandon to pepper your listening space in a cosy toed lullaby genteel. https://juliusvanderbilt.bandcamp.com/album/action-catalyst 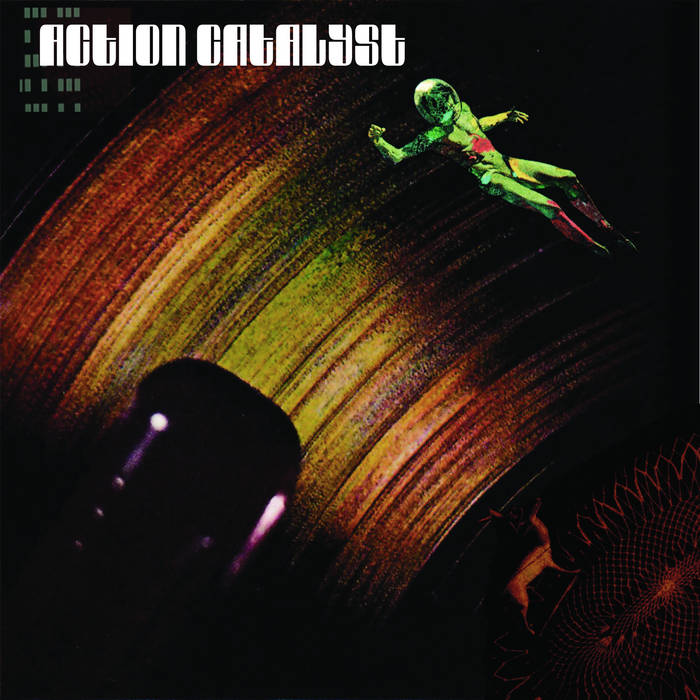