Posted on October 19, 2018 by marklosingtoday

The second ghoulish chapter in burning witches trio of horror anthology cassettes entitled ‘pieces’ pairs together all of them witches and Espectrostatic. You might need to be quick with this, that is if the speed that Volume 1 vanished last week is anything to judge by. A strictly limited 125 pressing of this with the third and final account due to rise from the grave next Friday. Espectrostatic occupy the fear laden ferric fractures of Side 1, which after the ethereal dissipates gracing the eerily vapour-esque ‘a dream about the lake’ the mood frosts to the onset of an as were, ceremonial chill presided over by glooming chamber tones (‘Balete drive’), it’s an effect that’s crystalized more tellingly by the psychosis shredding ju ju ‘Simulacrum’ wherein any vestiges of sanity and the ability to tell apart reality and illusion are painfully and slowly peeled like the layers of an onion. The sense of the unnatural continues to permeate with dread ease to the disquieting arrival of ‘the odd estate’ with the effects deepened in a penetrating shadow forming macabre and mystery by the spell weaving spectral that is the blood curdled ‘El Oso’. Ever deepening its descent into the despairing unknown, ‘kowloon apartment’ is dispatched with a deathly celebration of the fracturing mind that’s ghosted in all manner of disturbia whose somewhat primeval dread draping casts a hollowing and harrowed emptiness. ‘tendrils’ wraps up matters in lighter moods relying on those age old Horror flick tropes of happily dancing away from the macabre much like a parting soundtrack end credits for an aborted Fulci frightener. Over on the reverse of the cassette you’ll find All of Them Witches harvesting their own brand of brooding 80’s sourced VHS cult sci-fi horror-phonia. In sharp contrast to Expectrostatic, All of them Witches’ sound palette is primed with a pensive detailing that reveals a glimpse into an undetermined point in the point, a post-apocalyptic world perhaps resulting from the after effects of an extra-terrestrial invasion / occupation teased in a stark techno-terror edginess. These nine suites arrived sighed in a widescreen aura, hulking swathes of synth lines ‘pursuit’ particularly catching the lobes doing what it says on the tin and crafting something epically shadow like that by these ears comfortable sits between Goblin’s ‘Zombi’ sets and Carpenter’s ‘assault on precinct 13’. Amid these svelte ghost light pulsars a hidden menace looms with patient glee shifting and shape shifting between eerily stilled prowling night walkers (‘24/7’) to orphaned orbitals whose dark heart emit a detachment more prevalent on platters bearing the name Pye Corner Audio and glowering isolationist monoliths as on ‘attack ships’. Best of the set is left to the parting ‘existential despair’ – the only vocalized track here, a frosted hymnal soured in loss and a tortured tear stained desperation that’s hollowed in a darkening hopelessness. https://burningallwitches.bandcamp.com/album/pieces-vol-2 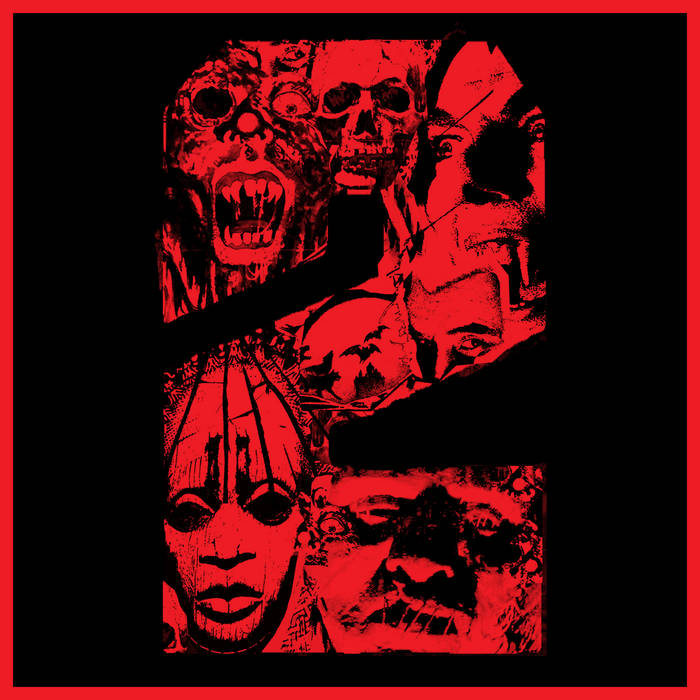 This entry was posted in groovy bastards..., Uncategorized and tagged all of them witches, burning witches, espectrostatic. Bookmark the permalink.