Posted on October 20, 2018 by marklosingtoday

even by our forgetful and somewhat lazy standards, I seriously suspect that we’ve been neglecting of Moon Glyph things of late. So to remedy the omission, here’s IE – pronounced eee – who hail from Minnesota, number five in the ranks and with them, comes carrying under their collective arm the rather deceivingly delightful ‘Pome’. As ever with these releases, pressed on limited number cassettes, ‘pome’ – and this is just to give you a flavor you understand, is described in passing by the Moon Glyph folk in full text, as ‘sonic rituals from the future and ambient, desert soundscapes. Their shows feature sustained tones, electronic whirrs, slow beats, video and film projections, metaphysical recitations, and carefully crafted atmospheres’. Indeed, at first reading, you might well think, the usual hyperbole from a label trying to big up their latest coup, in truth, well lets just say, Moon Glyph are certainly artful in understatement. ‘pome’ is quite something else, one of those rare releases that just falls from nowhere and something that does indeed hint of ritual yet is fused obviously with minimalist electronic murmurs rephrased by the subtle weaving of folk, psychedelia, jazz and a chamber toning. The sounds are teased with a sparse airy ghosting, in fact it’d been true to say airless, they just form from nothing, gravitate as though sealed and compacted in some kind of bubble orbiting on their way totally nonchalant as to their surroundings. Case in point, ‘moon shot’ a curious murmuring woozy, that appears to take an age to find its feet and focus, its rhythmic patterns tapping out a spectral mantra softly sighed in lounge-y electro-baubles, then in arrives a shadow lit smokiness whose svelte and softly sensual jazz noir sultriness mooches sumptuously and dreamily casting subtly nods to a 90’s era Pram. Veering on the outer edges of the chin stroking kosmische spectrum of sound, ‘idol horizon’ is immersed in fracturing arcane atmospherics, its subtle 60’s flavouring pitching a bliss toning trip pill both wiry and wayward, almost like a psychedelic spaghetti western under the bong pipe influence of Master Musicians Of Bukkake and a very youthful Grails. Then there’s the dream weaving mysterio ‘gloam’, a spacey ancient Eastern echo whose somewhat hallucinogenic tracing and ghost dry atmospherics beautifully spell weave a hypno-grooved mantra whose third eye tweaking hints to recall Elektra’s legendary ‘cosmic sounds’ set. For us though, best moment of the set, is opener ‘Amulet’. What might first appear like an electronically sparse rephrasing of Fleetwood Mac’s ‘tusk’ soon recalibrates and in its place something truly wow emerges whose strange prog preening blossoms amid floaty electro lulls to sound like a youthful Broadcast remodeling White Noise’s ‘an electric storm’. In our humbled opinion, one of the finest things we’ve heard all year. https://moonglyph.bandcamp.com/album/pome 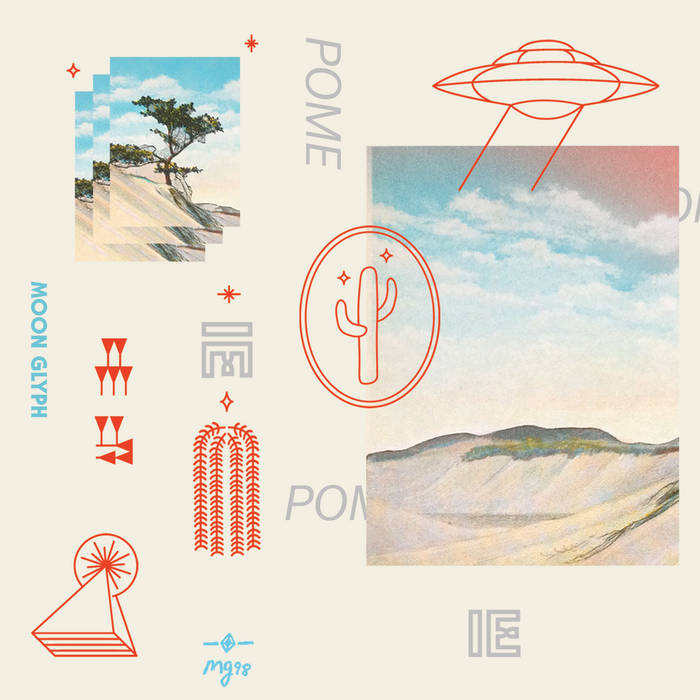 This entry was posted in groovy bastards..., Uncategorized and tagged ie, moon glyph. Bookmark the permalink.