Posted on October 21, 2018 by marklosingtoday

first of two essential vinyl artefacts just out through the spun out of control sound house. Limited to just 300 numbered copies, all on blue wax and made all the cooler because each comes packaged in an eye catching mock Japanese Obi strip, this is ‘Aftermath’ by Correlations, in essence the work of Neil Halse, last seen around these parts courtesy of a killer outing for castles in space a year or so ago. Comprised of eleven electronic suites, ‘Aftermath’ peaks into the future to some undetermined point in time following perhaps, some apocalyptic after-shock event, the sounds rather than reflecting a dystopian draped disquiet, hint of new horizons and hope that come graced and charmed with a hulking wide screen aspect. These orbiting odyssey’s, murmured memorials perhaps, nod with a symphonic heart to Vangelis and Tangerine Dream. Unlike other soundtracks piloting the 80’s styled sci-fi / futuristic corridors, ‘Aftermath’ is lulled with emotion as opposed to dread dripped portent, reflection and remembering appearing to be the soundtracks key watch words, a fact best exemplified by the haunted melancholia that scars the wounded ‘Good Grace (Gates Of Paradise)’ replete with all manner of sorrowed synth swathes and twinkling tear stained motifs that gather to turn in a morose reflective yearn for something lost. In marked contrast the pirouetting glides found on the alluring nocturnal ‘Angeles’ had us much recalling an ‘At Bracken’ era FortDax such is its eye for classicism. Those of you much preferring a more Moroder-esque soundtrack to accompany you on your astral ride, will do well to seek out the purring pulsars emanating from ‘driving 80’ while pinging our lobes ‘Cosmic Club (Starck Reality)’ reveals itself as a deeply mesmeric motoric mirror ball. All said, we here found ourselves caught up in ‘an exercise in restraint’s tear tormented tractor beam, a head bowed and sighing end game frosted in surre ndering sun scorches and grimly graced with an inescapable finality about its weeping ways. https://spunoutofcontrol.bandcamp.com/album/aftermath 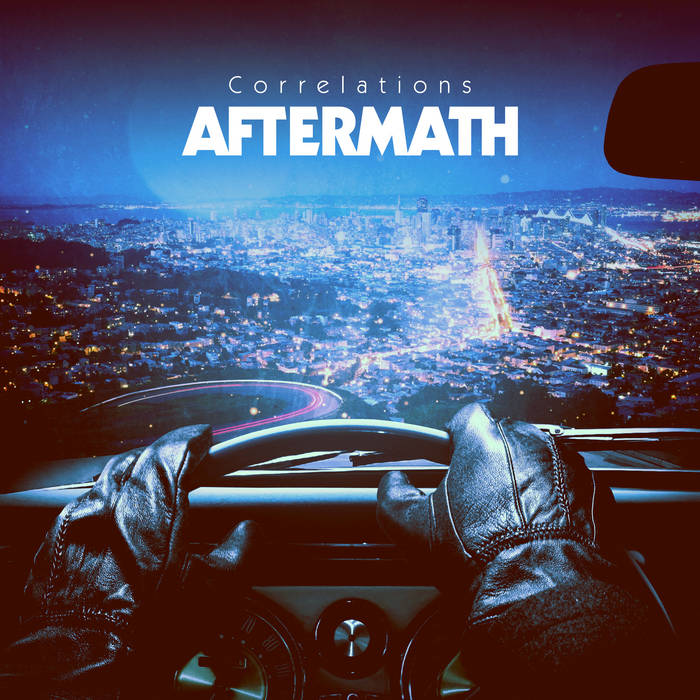 This entry was posted in groovy bastards..., Uncategorized and tagged correlations, spun out of control. Bookmark the permalink.