Posted on October 25, 2018 by marklosingtoday

Its all getting a tad safe around these parts music wise don’t you think, what we need is some hateful / humorous speed freaked baiting. We mentioned Born Shit Stirrers a little while back when the venomous ‘Richard and Judy’ leered and loomed on our listening radar late last year, a shit storm of puke smeared hard core pogo irrefutably adoring of an old school fast n’ furious take no prisoners early 80’s nuclear generation of punks – see Discharge, Exploited, Peter and the Test Tube Babies, Mayhem and more. Several months on, it seems the Born Shit Stirrers have lost none of their charm, festering in a studio concentrating their ire on anything that moves, the savage sonic slaughterhouse that is ‘depressed fathers club’ drops with riotous rampaged disquiet, at once intolerant and indignant, they gore and gouge their way through a twenty track hate list with such gusto you may wanna consider strapping yourself in, head protecting safety wear an optional extra. In short, ‘depressed fathers club’ is the sound of fury caustically condensed into, by and large, slashing slabs of aural aggression, most of which barely touch the one minute ticker tape. Its rancid, raucous and savagely up yours, bludgeoning the grooves with uncompromising ferocity with their wired to the teeth two chord terrorism. Titles alone should give adequate indication where this is going, with ‘death before castration’, ‘XL micro penis’ and ‘life’s too long’ mixing a musical Molotov cocktail of the grim, the giggling and the goofed out, that said when they want to they can certainly lay a neat oi charged terrace chanting rumble or two as on ‘journey to the end of Church Street’ and their killer take on the White Negroes’ ‘sign on, skin up. Chill out’ – best thing here incidentally, even having time to seriously weird you out with the parting chiller ‘mans cum’ which at over 4 minutes in duration is for them at least, almost prog like. https://bornshitstirrers.bandcamp.com/album/depressed-fathers-club?fbclid=IwAR2AakpJBsNldbg1ms0gIJFYVgPaYmg8HiUl9JWsNn2XK9fQIVZLpqSTPIc 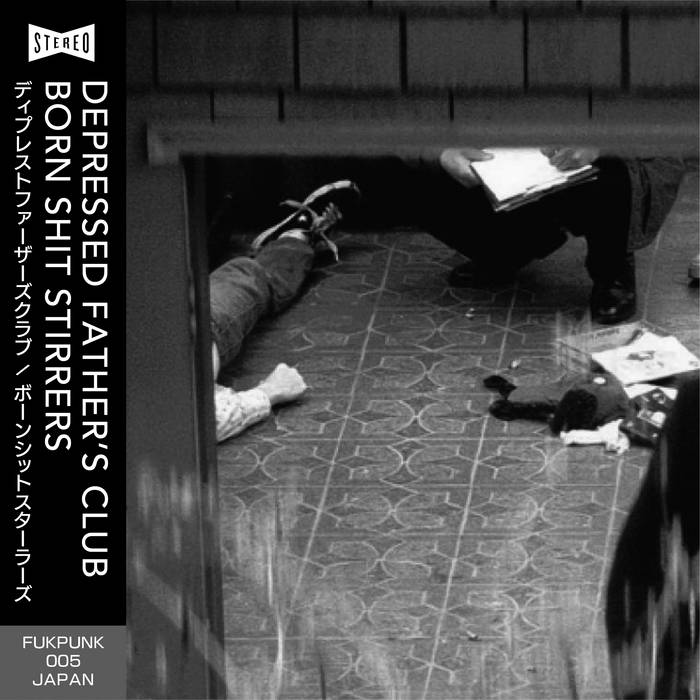 This entry was posted in groovy bastards..., Uncategorized and tagged born shit stirrers. Bookmark the permalink.