Posted on November 5, 2018 by marklosingtoday

I’ll try and get this in fast before this piece of useless for a laptop decides to freeze again and lose my word files – seriously for the fourth time in as many weeks. And there was me thinking Dell was the worst device I’d ever owned, HP you are in a league of your own, it’s like a trip back to the 90’s in terms of response, performance and speed and only three months old. Anyway, grumbles aside, I think we’ve exhausted our swear vocabulary these last two hours screaming at this piece of junk. To the music, incoming on Mega Dodo, just after Christmas we believe, the forthcoming year celebrated by a gathering folk under the choreographing eye of Chris Lambert for what is the latest edition of the ‘Wyrd Kalendar’. Now you’ll have to forgive me here, because I’ve mislaid the press release with all the relevant and insightful information, however, if memory serves (itself an unusual though bonus rarity these days) this ‘un comes in some kind of book bound packaging authored by Mr Lambert to incorporate a thirteen track musical guide to the various monthly personas. Hot footing over to the mega dodo band camp page you’ll be treated to six teaser tracks on the preview platform. Widow’s Weeds welcome in the year with ‘a song for January’. Widow’s Weeds follow with haste their appearance on the forthcoming A Year in the Country report and incidentally feature among their number Grey Malkin as was of the Hare and the Moon. A ghost gathering séance of ominous toning whose haunting dark invitation is drawn from a artistry lost and mired in memory, a glooming serenade more so , an unholy ceremony severed in a brooding bewitchment that howls with a sacrificial sounding whose monastic gothique taunts and circles the outer worlds of the Dead Can Dance spectrum. Been a while since both Emily Jones and Crystal Jacqueline graced these musings, the former delivering the captivating ‘waiting for Spring’ – a slow blooming ode to March here turned upon a gently tip toeing caress as though a softening wake-up call from winter’s long sleep as spring slowly rises, the latter ‘chasing the gowk’ harvested in a magical cocooning honeyed in daydreaming hazes of dancing fairies, adore the crooning riff slides. More missing in action folk, Beautify Junkyards have long, in our eyes at least, been able to do anything wrong, ‘may day eve’ proving no exception, incubated in their unique hermetically sealed sound bubble, this softly stirred sepia soaked star gazer revolves hypnotically around a chiming music box charm all sumptuously sprayed in ghostly fractures of teased pastoral psych underlays and a deeply alluring twilight trimming of fairy dust sprinkled enchantment. Those of you fancying a little jig might do well to head over to the serving provided by the legendary Tir Na Nog whose ‘Columbine’ dissolves the ages to carve and whittle something both traditional and timeless whose spring heeled gaiety masks a subtle dark eerie. The rowan amber mill serve the parting shot for this teaser tasting with the beautifully haunting though dare I say humbling and tear stained ‘the Witch’s lament’, a divinely eerie winter born spiritual wonderfully refracted through, or so it seems, through the very elements of nature itself, utterly beguiling.  https://megadodo.bandcamp.com/album/wyrd-kalendar?mc_cid=3bba714688&mc_eid=30e0e30476 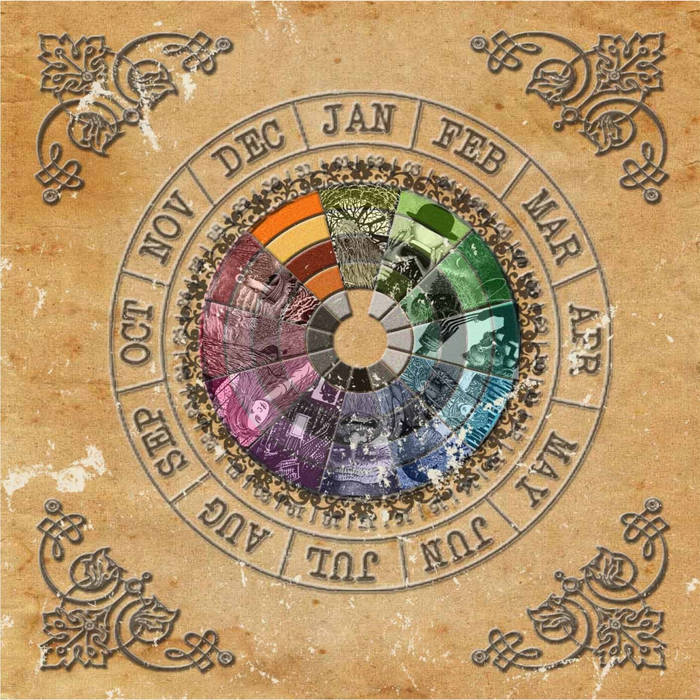