Posted on November 10, 2018 by marklosingtoday

now if we were of a more organised mind, we’d copiously and faithfully keep little notes, that way we wouldn’t get ourselves hopelessly befuddled wondering where or why on earth we had come to be stumbling upon various releases and links. It’s all a tad embarrassing I know and the forgetfulness doesn’t help either. Still, we’ve gotten this far through the chaos and ineptness, so to coin a well-worn phrase, around here at least, if its not broken etc…. now we’ve only had a chance to speedily cherry pick the odd track on this, selection methods used – familiar names, promising sounding names, unpromising sounding names and finally, the tried and tested pin in the track list option, never fails especially if you cheat. Anyhow, this is a recently released compilation through the London based Demerara imprint entitled ‘Vanishing point’, the first volume to whit suggesting more to come. described as a collection of ‘experimental, alternative and unclassifiable contemporary music’, the set gathers together nineteen tracks that seek to blur, blend and bend the accepted confines of sound structure and generic identity. amid this far ranging palette a wide ranging fusion of styles, techniques and disciplines are explored, first up on the inspection blocks for this brief time constraint binding mention being a newly commissioned cut from the legendary Rothko whose ‘chosen to be forgotten’ opens proceedings in fine style. at once, contemplative and intimate in so much as a personal conversation between author and listener, ‘chosen to be forgotten’ is delicately bruised with a reclusive sorrow, much like say, Yellow6 and Roy Montgomery et al, Mr Beazley crafts something beyond mere music and more to do with atmosphere, sensations and a moment frozen. continuing, though I suspect, not intentionally, that sense of lonesome neglect, Ben Vince’s ‘the rise’ arrives  touched with an disarming and fragile Meek-esque ghosting, a lunar carousel of sorts abandoned to the voids sending lovelorn distress calls through the eternal ether. those of you loving your sounds effervescently skewed might well be advised to fancy your chances with the cutely infectious schizoid ‘Colours (I like it) by Half Hour at the Hilton, which had us much mourning the kind of impish sounds that used to sit on the much loved Marquis Cha Cha and Art Goes Pop imprints from a few years back, here indelibly grooved with an angular 8-bit kookiness that suggests a keen ear for c-81 things in their collective ranks. talking of cute, well they don’t come more beguiled than Cholly’s ‘one a day’ which framed upon a frosted music box mosaic sighs softly with woodland sprite / fairy like bewitchment to transform your listening space by way of the delicate spray of magic dust. what initially appears stilled in quiet classical elegance soon without so much as a by your leave, blossoms radiantly showering all in lush upbeat raptures of pastoral fanfares the likes of which imagine a secret studio session pairing together Alan Hawkshaw and Edwin Astley. Somewhere else and dare I say, perfect for these encroaching winter days, the utterly disarming ‘transition’ by Joshan Mahmud, alluringly weaves swathes of emotion sapping strings to sleepy electronics to create a breathlessly beautiful slice of twilight arrest whose finger prints bear the feint trace of a certain Mr Sakamoto while the immersive inner space micro worlds explored on Far Rainbow’s ‘kappa space’ should amply satiate those of you whose eerie drone toned electronica fancies join the dots between the Barron’s, Cary and Boom. those of you recalling the much missed Swimmer One might well see vague similarities in their more reflective moments peeling away at the core of Rookery’s ‘the projectionist’ – that same sepia toned distracted casualness disconnecting the sonic players. https://demerararecords.bandcamp.com/album/vanishing-point-vol-1?fbclid=IwAR3mR5ISJ4N-q9caX847CmdPc2XDUWvu-Jjl1-VramdP0KquyPMz9nOOeiA 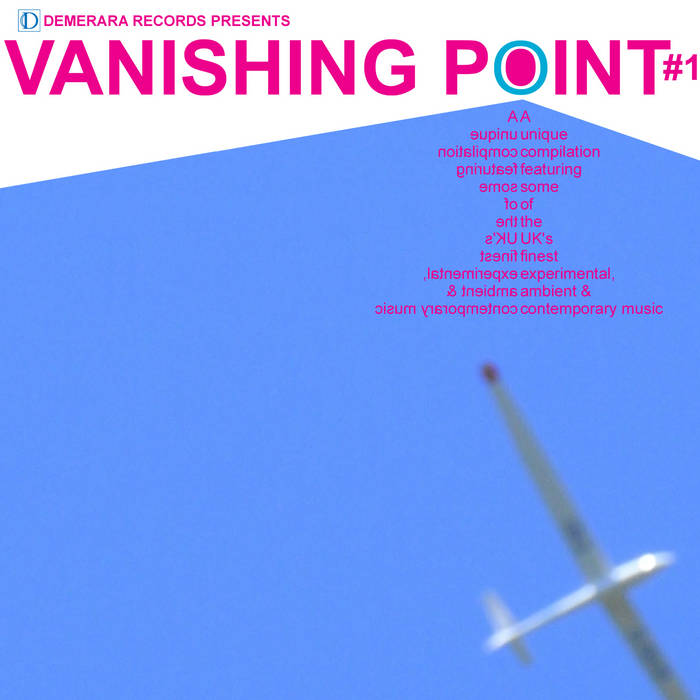