Posted on November 12, 2018 by marklosingtoday

As promised yesterday, when we briefly featured and mentioned the track ‘Parce Domine’ with video no less, we’ve found ourselves somewhat behind the lines on this particular release in so much as being dogged and distracted by technical issues seemingly beyond our control. Through Synphaera Records, the latest opus from [ówt krì] entitled ‘Ximenes’. Set across seven solemn yet strangely serene suites that utilise minimal electronic tones, ‘Ximenes’ puts the vocal to the fore using it as the main instrument and therefore making it the central focus. It’s something that draws immediate recall and reference to Soriah’s throat chants that appeared on the much missed Beta Lactam Ring imprint several years ago, the similarities apparent in the brooding chill that both serve, yet where Soriah sounded like the work of the damned harrowed and mourned in some purgatorial exile, then ‘Ximenes’ spirit walks the shadowy isolation between dream and beyond. I for one, will not deny that this is a heavy and hitherto tough listen, the sonics and sounds that form its light repelling fabric and ghost gloomed atmospherics, don’t so much operate or play to the usual rules or effect, but rather more stir and groan as though the guttural moans of some ancient leviathan of folklore legend that had been disturbed and awakened from some centuries stretching eternal sleep. At once epic, grand and majestic, all of which you may well not appreciate on initial encounter, but give your headspace time to adjust and acclimatise and soon emerging from the twilight fog, a strangely meditative alchemy cocoons you. These primitive echoes are forged of a lost art; of a lost language, of a forgotten craft drawn deep from within our collective ancestral hive past. The monastic murmurs, Gregorian chants and seemingly, sacrificial psalms, gather with conspiratorial relish to harness the very elements that surround them, the siren-esque tonalities appearing with ghost like eerie, ripped it seems from mythology. It’s haunting, but beautifully so (see the Coil-esque ‘Veni Creator Spiritus’), call it traditional folk / sound of the land, whatever the case, it finds its sweet spot somewhere in the backwaters of an early Reverb Worship back catalogue, the sombre serene of ‘Resurrexit Dominus’ particularly summoned from the shadows to bathe proceedings in a forever looping rendition that imagines the ferryman on nightly patrol carrying the lost across the rivers Styx and Acheron. then there’s the stilled eerie of ‘Regina Caeli’, a brooding ceremonial that aside emerging from the dark side of both Preterite and the Hare and the Moon, is possessed of a foreboding chill the type of which, might suggest it had fallen to the cutting room floor of a ‘Witchfinder General’ production. Elsewhere, lurks ‘parce domine’, mentioned briefly in passing previously, a darkly despairing and disquieting shadow faller devoid of hope, lost to the fates, an ancient art awakening anointing all with a foreboding abandon  All said (and perhaps our preferred moment of the set), its left to parting salvo ‘Ad Caelum’ to bring you back safely from the oblivion of the beyond, bowed ghost lights, ethereal whispers and shimmer toning pulsars exact a spectral hypnotic to gently guide you towards the light and back to reality. https://owtkri.bandcamp.com/album/ximenes 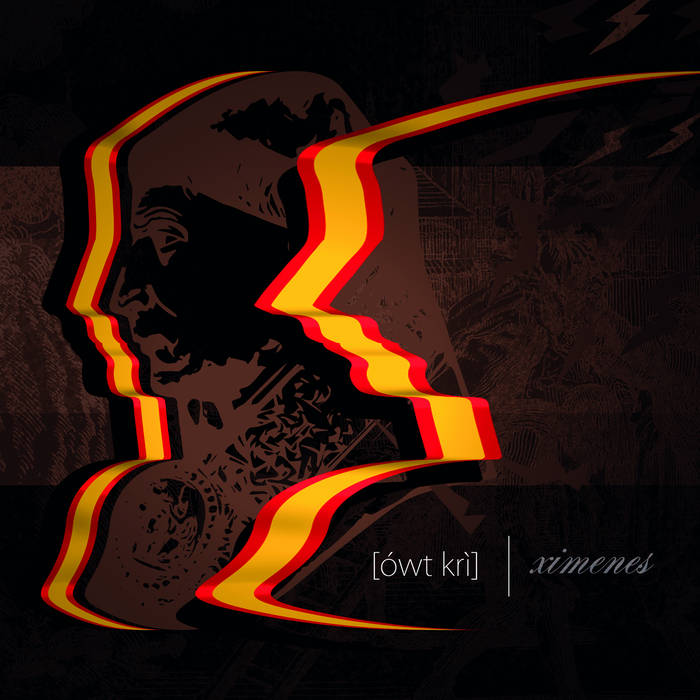 This entry was posted in groovy bastards..., Uncategorized and tagged [owt kri]. Bookmark the permalink.