Posted on December 12, 2018 by marklosingtoday

Second up from the spun out of control folk and again on strictly limited cassette release – 150 and disappearing fast, this ‘un according to the liner notes, was inspired by Powell & Pressburger’s 1947 film ‘Black Narcissus’ – certainly possessed of a gothic grace and for the second time of asking, we’ve hooked ourselves upon the parting shot ‘encounter at the ledge’ for this pre tease briefing note – as previously, full reviews are imminent. Anyhow, this comes plucked from a new full length from  Heresie entitled ‘Sisters of the Bare Goddess’, in truth something that sounds like a soundtrack from a lost and forgotten macabre chiller from the early 80’s. Initially forged in the heraldic glazing of the Heartwood Institute, the influence of Mr Sharp is soon laid to rest by the ominous stirring of an ice cold dystopic darkening descending down like a foreboding fog, the mood turning decidedly tensed and terror-phonic by the interweaving gloom of funereal monastic chants and the stealth like though sparsely solemn sinister stalking synth lines. https://spunoutofcontrol.bandcamp.com/album/sisters-of-the-bare-goddess 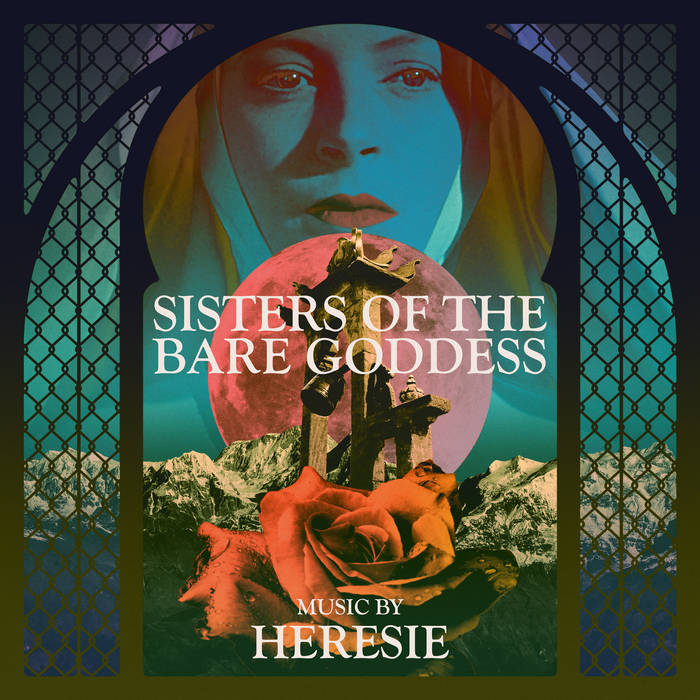 This entry was posted in groovy bastards, Uncategorized and tagged heresie, spun out of control. Bookmark the permalink.