Posted on December 20, 2018 by marklosingtoday

Ask for noisy, get noisy. Many thanks to Srđan for heeding to our call for sounds abrasive and pointing us in the direction of a limited cassette release heading out of Portland based Nailbat records by Fecal Vomit of whom I’m ever so certain, have featured in these musings previously, no doubt to much hurrah and admiring fanfare. Anyhow herewith as said, a cassette by the name ‘Rectal Invaders’ featuring two lengthy slabs squalling discordance and freeform power electronic annihilationism. As is usually the case with these things, our favoured listening is on the flip B-side, a skree scoured slice of trepanning inducing turbulence fried and fired in scabbing swathes of hostile white noise of the type oft occasioned on much missed micro labels of the mid noughties such as Scotch, love torture, placenta et al by the likes of the defiant and damaged head f**ks crudely butchered for maximum displeasure by say Tayside Mental Health and Sissy Spacek. Approach with open arms and a degree of due care. https://nailbattapes.bandcamp.com/album/rectal-invaders?fbclid=IwAR0twRa01rmWPdWlJh6lYfPwlzTInIdocpoLrFNZS1wCT3nrsQS2ZIwuNgk 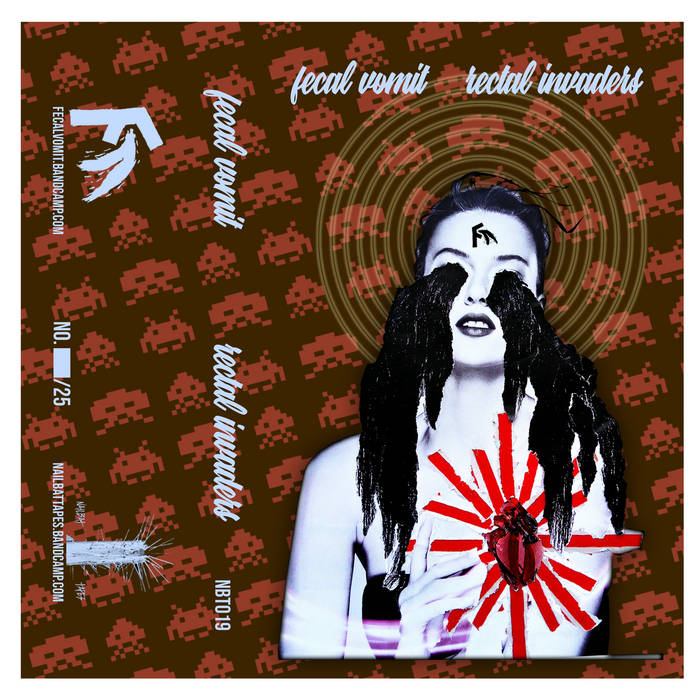 This entry was posted in groovy bastards, Uncategorized and tagged fecal vomit, nailbat. Bookmark the permalink.