Posted on December 21, 2018 by marklosingtoday

alas no sound links on this. Officially out today and selling fast on pre-sale, the much delayed Handspan set ‘the dark is rising’ finally emerges on the Dark Outside imprint. As ever, limited in nature and pressed on cassette form, numbers we believe around 100. This release marks the closure on a very productive and creatively clued in year for the Dark Outside folk with several well-heeled and long since sold out tape releases beneath their collective belt with this one proving on initial listens to be the finest. Full reviews to come, hopefully after the Christmas shenanigans when we get our paws on a physical cassette, for now though, we’ve been somewhat taken by the opening salvo ‘theme from the Dark is Rising’. Wearing a similar heraldic suit as to that more commonly found gracing the grooves of releases by the Heartwood Institute, this regal dance is sumptuously adorned in pastoral florets and charmed with a becoming hint of mystery and mysticism which amid its intricate weaving, a centuries old haunting gayly plays with impish mischief. https://www.darkoutside.co.uk/ 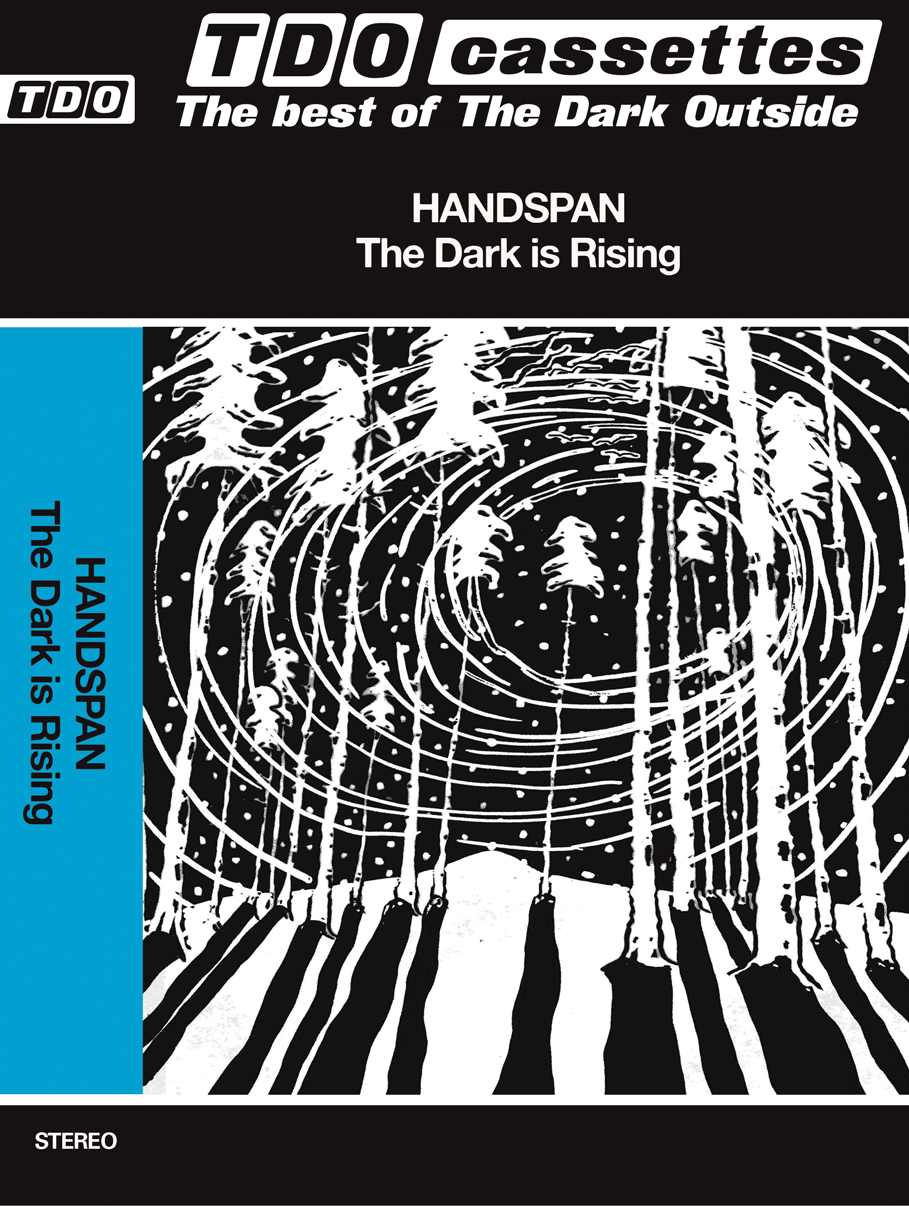 This entry was posted in groovy bastards, Uncategorized and tagged handspan, the dark outside. Bookmark the permalink.