Posted on December 31, 2018 by marklosingtoday

Expect a fond festooning of mislaid the blog that celebrates itself moments in the next few days, we really have done them a disservice these last few months, something I regret and could easily pass off with the excuse of health, though in truth its been more a case of poor time management. Anyway I promise we won’t be so cavalier and neglecting in the future, in fact it’s being written up on the new year resolutions list as I write. Waffling aside, latest to the much admired TBTCI catalogue is an admirable collection of covers serving homage to the mighty Dinosaur Jr. which we hope to revisit soon though for now will endeavour to a-whet your appetites with a smattering of ‘the Wagon’ and ‘freak scene’ rebrands, the former turned in by videodays who upend and the retune the original with an adorably shimmering shower of fuzzily bliss bathed Teenage Fanclub-esque love glazed vapour trailing which ought to satiate those of you still fondly mourning and willing back those days when your turntable sighed to the sounds of the Wilde Club. The Starlight Run step up to the plate for a near faultlessly faithful take on the iconic ‘freak scene’ into the bargain adoring it with a seductively subtle shoe gazed ghosting that’s powered by a deliciously acute punch you out swerving and gliding anthemic swooning. While we’re here, we’ve spotted another recut of ‘the wagon’ certainly worthy of mentioning by Isn’t who manage to smooth the edges of the originals more gnarled persona and treat it to a power popping indie flavouring that shimmers, swaggers and struts with a latent C-86 brittle cool.  https://theblogthatcelebratesitself.bandcamp.com/album/little-fury-things-dinosaur-jr-revisited 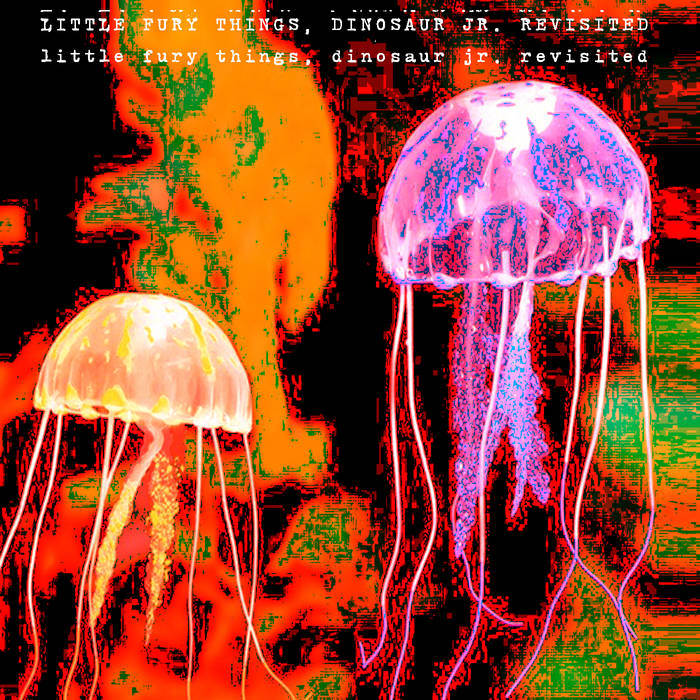