mishroom and the galactic family

Posted on December 31, 2018 by marklosingtoday

I won’t deny that we’re a little more than smitten by this gem. Spotted on a casual rummage around the band camp backwaters, this is Mishroom and the Galactic Family, a duo hailing from Israel with a deeply mesmeric set ‘Mycelium’. a most alluring three track serving. There’s no doubting the exceptional and exquisite craft of  Michael Gimmervert’s riff picking artistry, schooled in a folk blues classicism whose structural meter is toned with a hypnotic compositional spectrum that nods to both a contrasting palette where at one end sits Steve Reich while to the other, John Fahey looms, not least on opener ‘waterclock’ whereupon the repetitive needle play, intricate and free flowing dissipates and dissolves deliciously forming caressing lightly dizzied pastoral posies atop Michael Kogan’s pristine percussion patterns. Assuming a more mystical and transcendental toning, the mesmerising ‘Ra Du Ga’ plots a wonderfully snaking haziness whose spell weaving serene has something of the intimate wilderness of the Delta about its wares – see Fahey (again) and more pertinently, Jack Rose with just a knowing nod in the general direction of David A Jaycock, while parting opus, the trip toning ‘little keys’, incidentally the best thing here albeit teasingly brief, strangely absorbs elements of the Orb, Reich and Riley into its amorphous and dissolving cerebral cloud. Essential by our reckoning. https://gimmervert.bandcamp.com/album/mycelium 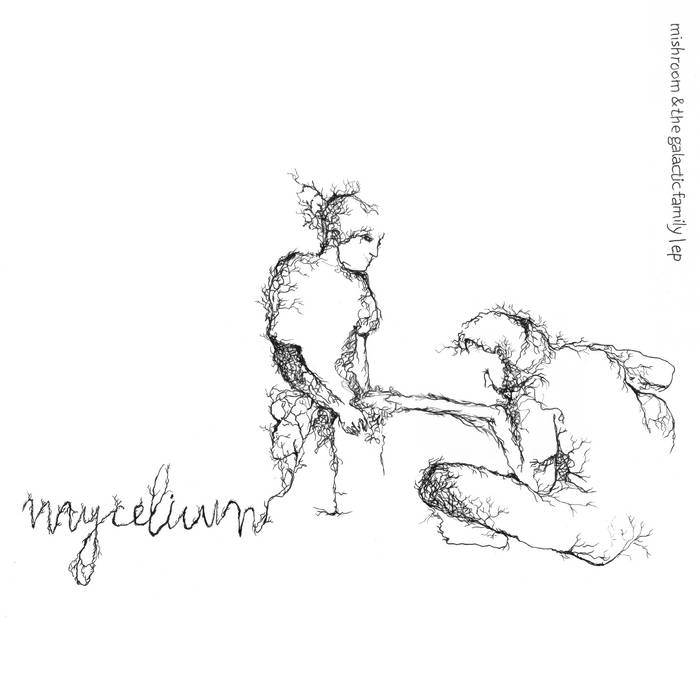 This entry was posted in groovy bastards, Uncategorized and tagged mishroom and the galactic family. Bookmark the permalink.

1 Response to mishroom and the galactic family