songs from the black meadow

Ever essential, Mega Dodo are fast carving an eclectic name for themselves crafting out an enviable back catalogue populated by psych and folk and all sonic variances lurking within. Latest outing sees them forging links with author / musician Chris Lambert for a very special re-release that’s limited to just 150 hand numbered copies with all profits going in aid of cancer research entitled ‘songs from the black meadow’. We could give you a potted history as to how this arrived and from where but safe to say we suggest you take yourself to Mr Lambert’s own blog space and fill your wellies with strangeness aplenty via http://blackmeadowtales.blogspot.co.uk/

‘the black meadow’ is a found fiction, a pathway to a forgotten past, a ghostly folklore attaching to the North York Moors, where amid the untroubled wild abandon of a nature let loose and exposed to a weather system that’s uniquely its own, a sense of time standing still, perhaps a moment frozen, hangs with perceptible eeriness. Beneath the undergrowth and the crude and twisted overhangs of the trees, the plant life and the localised foliage creeping shadows form to mask out the natural light to create an unnatural gloaming both beautiful and macabre. As inviting as this may first appear, mysterious tales have given this untouched spot a notoriety, for accounts through the ages of persons lost to the wilds are numerous, claimed as their own, their journey hindered by the fall of strange mists and the call and play of souls fallen before. ‘songs from the black meadow’ features these lost voices and souls telling their stories to a gathering of like-minded players operating on the shadowy periphery of the blurring borders that link the worlds of wyrd folk and hauntology.

A homage to olde musical ways, ‘songs of thee black meadow’ provides for a sometime surreal more often than not darkly toned journey into lost customs, fables and folk mythology where cosy outwardly quaint country fayres and festivities hide morbid undercurrents rooted in ritual, traditions of the land and the supernatural. The set comprised of 15 psych folk psalms, opens to eerie fog bound ghost light mantra that is the Hare and the Moon’s weird ear happening with Alison O’Donnell entitled ‘black meadow song’ – in essence a song of death, the passing through of which transports the listener through the veil, albeit here gravely gouged by a mythical macabre hinting of a Hades bound boat of dead across the River Styx by Charon. In contrast Wyrdstone opt for some mellowing pastoral demur for ‘the horsemen’ with the finger picked riff cascades tracing a stirring and richly vivid rustic posy trimmed as a beautified tapestry of evergreen lulling. Indelibly crafted in essences of classic Cambridge folk, the Rowan Amber Mill team up with Angeline Morrison for the quite enchanting twilight floral that is ‘the meadow’s call’ – irrefutably rooted in the artistry that ghosted through ‘the wicker man’ there’s a deftness of elegance here the mesmerises with a hushed hymnal grace fall. Similarly touched are Winterberry whose ‘the fruits of the moor’ comes dinked and chimed in a traditional roving village green jaunt that hints of Circulus. No stranger around these here parts,

Keith Seatman ventures ghostly fairgrounds and haunted carousels, rebooting weird eared 70’s children’s TV themes with a joyous fascination for the kind of 70’s sound vintage that finds him sharing a sonic space with the likes of midwich youth club and the assembled minds all of whom follow an alternative historical perspective that runs to a parallel time line to our own.  I think it’s fair to say it’s been a while since the Implicit Order troubled our sound player, happy to say there’s something ominous stirring its way through the thickets of ‘blackberry eyes’ as it descends cloak like hauling in its wake spectres of the lost, quite unsettling I can tell you. Upon its delicate detailing a weary warning call wraps itself around the sparsely weaved and dare I say fleeting visitation by Elena Martin on ‘search the fields’ while ‘randomes’ by Soulless Party offers ghostly echoes of yesterdays as it momentarily shimmers into view apparition like before disappearing into the eerie wilderness. Fancy some horrorphonic hip hop that’s coiled tightly in a choking tense paranoia, may we suggest that Eastgreen’s ‘wealcome to the meadow’ might suitably scratch that itch not least that it loosely harks back to the Birthday Party’s ‘deep in the woods’ in terms of the roles of the prey and predator being macabrely switched though of course removed of incisive slashing brutality of Cave and Co. Again another who it seems have strayed for an age away from our sound space are Lost Trail who here enchant and spook in equal measure with the bruising celestial ghost light that is ‘we’ll go beyond the moor’ while Emily Jones’ ‘dark moss and cold heart’ is groomed with a spellcrafted kiss that’s chilled and caressed in the kind of hollowing soft psych shadow playing that treads between the petrified footings of Jefferson airplane albeit as re-visited by a seriously bewitched and out of it and glassy eyed Bardo Pond.

Those of you more than happy with listening to the sounds entrancing your sound space from the safe comfort afforded by hiding behind the sofa might well make plans to relocate there this instant for the oncoming doom tide that is Joseph Curwen’s chill toned ‘deep woods’ – a disquieting aural aperture opening in the blackening beyond and whose stilled light sucking solemnness uneasily haunts with suffocating menace. Perhaps, if forced with a hand up my back and told to choose my favourite moment of the set, then I’d have to throw my hat in for Kid Moxie’s alluringly seductive ‘song of the horseboy’ as it chimes and chirps with fairy dust draped ethereal like a shy eyed Sundays. Always heartening to hear some well-heeled chorals, and so it was with pleasure to encounter the welcoming warmth hued smoulder that is ‘our fair land’ by the Theale Green Senior School Choir with Mervyn Williams – very Polyphonic Spree. Rounding up matters that Melmoth the Wanderer dude steps into his Septimus Keen guise for ‘when the mist spreads’ – a freaky fracturing field recording guaranteed to ensure you’re suitably spooked and left uneasily looking over your shoulder as you venture towards the player to remove the CD and safely place it back in its sleeve. https://megadodo.bandcamp.com/album/songs-from-the-black-meadow 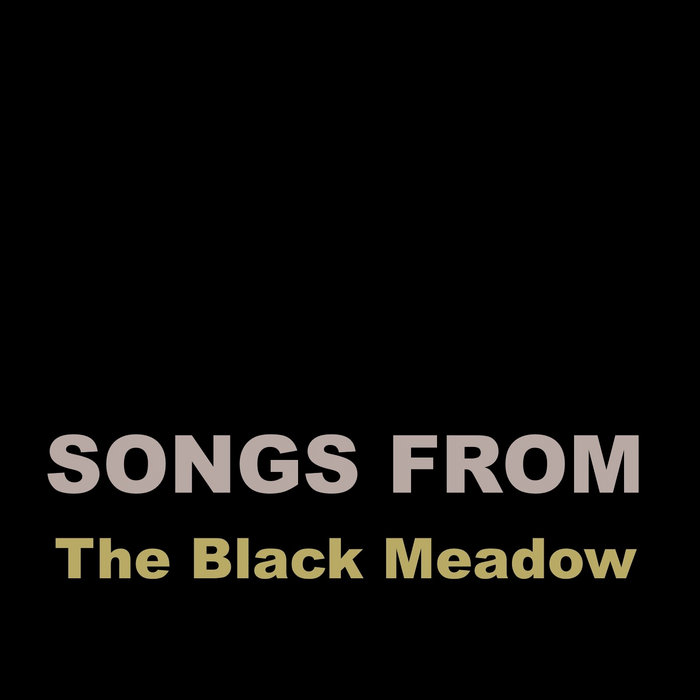