Posted on September 30, 2017 by marklosingtoday

Those of you who keep abreast of such things will be all too aware that the much-missed Active Listener has been dormant of late while Nathan undergoes treatment for cancer. We wish him and his family all the best during these most worrying and trying of times, the blog sphere is a little dimmer in his absence. It seems the fondness and respect that bands and subscribers alike have shown has crystallised with two of the bands that the Active Listener championed, coming together to record a split outing with all proceeds raised going to Nathan and his family to assist in paying medical bills. The simply titled ‘Moongazing Hare & Trappist Afterland Sing Songs For Nathan’ is as it hints on the tin lid, a collection that gathers together both Moongazing Hare and Trappist Afterland for an eight-track split set. Hopefully if we think on, we’ll be coming back to this in due course, for now a brief tasting of what to expect with us finding ourselves somewhat smitten by both bands openers. The haunting ‘fine horseman’ opens the Moongazing Hare account, emerging from the twilight, a ghost lit ballad whose shadowy entrancement creaks with a magical hush to softly draw you in with its eerily whittled woodland craft and into the bargain sumptuously steeped with a morose majesty that recalls the black heart procession. Trappist Afterland serve up ‘restless day’, in truth sounding like they’ve fallen from another age long since consigned to memory and legend, they craft a seriously intricate and nonetheless bewitching brew which manifests in the shape of this outer worldly spirit walker. Swarthy, hazy and a tad mystic, ‘restless day’ is the kind of thing you’d expect to emerge from the shadowy backwaters of Ecstatic Peace et al, a mysterious folk wanderer weaving a multi lingual tapestry of tripping acid folk and Indian raga mosaics. https://theactivelistener.bandcamp.com/album/moongazing-hare-trappist-afterland-sing-songs-for-nathan 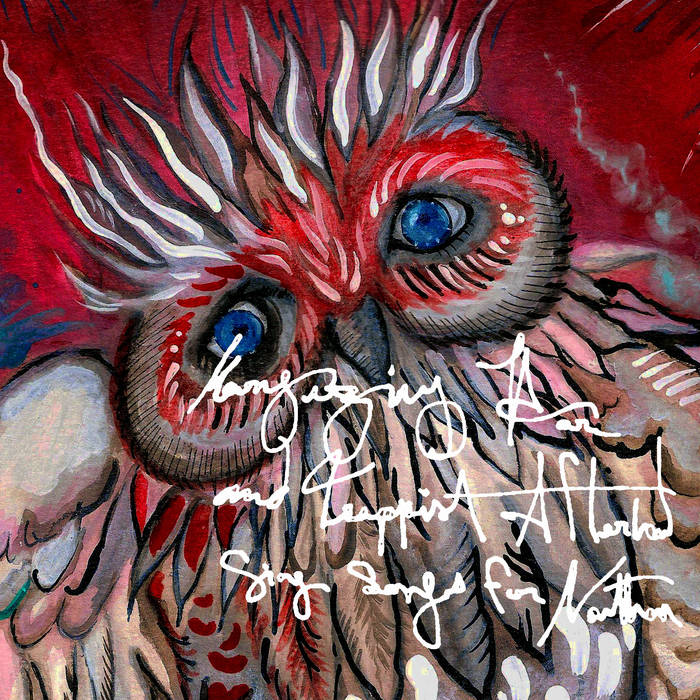