Posted on November 3, 2016 by marklosingtoday

In recent years they’ve crookedly forged a repute for the turning in of lo-fi outsider sounds whose sonic radar has simultaneously provided a rear guard attack on modernist nonsense and the kind of historical musical revisioning that certain folk seem prone to perpetrate every 10 years or so, whilst simmering in the corner somewhat bewildered by the mundanity of marketing majors and the clueless sheep like devotion of an obviously brainwashed populace uncomfortably numbed by the lie they’ve been sold.

Such attitude and a willful reluctance to kowtow to some erstwhile unwritten rule not to mention blessed with a preference to piss into the tent rather than from out of it, would have at one time earned them a guaranteed playlist hug from the late John Peel who we sneakingly suspect would have elevated them to the status of the house band. We do of course refer to the Bordellos, call them curmudgeon – title alone ‘how to lose friends and influence no-one’ – okay I’ll give you that one, perhaps even dysfunctional, often skewed, impishly anti-pop maybe, in our world they are the uncomfortable cool crookedly removing the blinkers of falsedom.

‘how to lose friends and influence no-one’ is not the easiest of listens, its weighed down by a darkening glower and a snaking melancholy, certainly the most emotionally direct and perhaps consensus pricking collection they’ve dared to release to date, let’s face it commercial suicide is not a pretty colour to wear – see ‘Gary Glitter’ (moored seductively upon a seriously sleazy glam gouged riffing) and more aptly ‘did the bastards at the BBC kills John Peel’ (guaranteeing no airplay there then, which is a shame really given its touchy accusatory slant is honed within an impishly sunny sided and bright eyed roving ramble). Yet in truth the Bordellos have never been backward in coming forward, they delight in posing the questions you were too scared to ask. What marks the Bordellos out from the chasing pack, well aside the unwavering knack to often nail a track or two with serious best of year end considerations – hello ‘piss on spotify’ and ‘stone turns to stone’, oh alright – yes, yes, yes we are fond of ‘I no longer speak the international language of kojack, kapiche’. Aside that, it’s the lack of immediacy of their craft to hit home, for here there’s no brandishing of power chords – agreed if we are talking detuned well the blighters packed with them, yet comfortingly there’s no cheaply spun flag waving or messianic wannabee-ism, neither any nasty sloganeering or a cheapening desire to jump onto the next passing bandwagon, just good wholesome psyche blues / folk / waywardness to pour forth a pox on everything you’ve considered the norm.

Sitting upon the grooves of ‘how to lose friends and influence no-one’ are thirteen sore thumbs, there’s no way hey its all pleasant and sunny here, this is St Helens for heaven’s sake not California, its Northern, it’s hard, its got attitude, yet amid all this there’s soul (the lo-fi torch swing blues of ‘Betty and Siouxsie’), passion, sly political commentary /  conscience and an unquestioning restlessness, you want to frug out, well there’s the gnarled garage fuzz of the spiteful and spikey ‘fanzine smile’, you want skiffadelic Mersey beat see ‘pink torpedo’ – check – Coral and  LA’s eat your heart out. Even at their most throwaway, as on ‘unhappy song’, they rally against the brash commercial tokenism that finds a songs sentiment / lushness and impact reduced and lost by the cheapness of its portable availability and digital quality. Then of course there’s the aforementioned ‘I no longer speak the international language of kojack, kapiche’ – a shadowy soul bruising miniature epic wrapped in a magnetic majesty and bristling with discontent whilst relocating this listener to a lost sound of his youth, notably Teardrop Explodes’ ‘wilder’. Elsewhere, shoehorned to the rear of the set, three golden nuggets should see their way to causing fisticuffs in the affection stakes – ‘stone turns to stone’, ‘stick like glue’ and ‘piss on spotify’ – the first of which is a cooly smoking and skewed n’ homely hued soft psyched prairie folk blues campfire sortie that whittles its craft upon a Clinic-esque palette. Strangely chilled and oddly prowler-esque, the haunting mysterio ‘sticks like glue’ is blessed by sinister spine tingled key creeps that gather and loom to conspiratorially collude an edgily obsessive hollowing aura. Last song alert, leaving best till last, don’t you just find that’s always the case, the crookedly ambling ‘piss on spotify’ sits puzzled considering life’s dilemmas to do with people buying records and not playing them and then people listening to records via platforms like spotify and not paying for them. Not wishing to get into a bun fight with this one, the music well, much like a distant light in the glooming fog bound mists, a dishevelled kaleidoscopic carnival swoons wearily over the punch drunk psychedelic hill in its wake dragging a consuming funereal deathly swing which rather than chilling the bones has the odd effect of sparking an inner glow and a tear streaked lump in the throat. As ever – essential. https://thebordellos2.bandcamp.com/album/how-to-lose-friends-and-influence-no-one 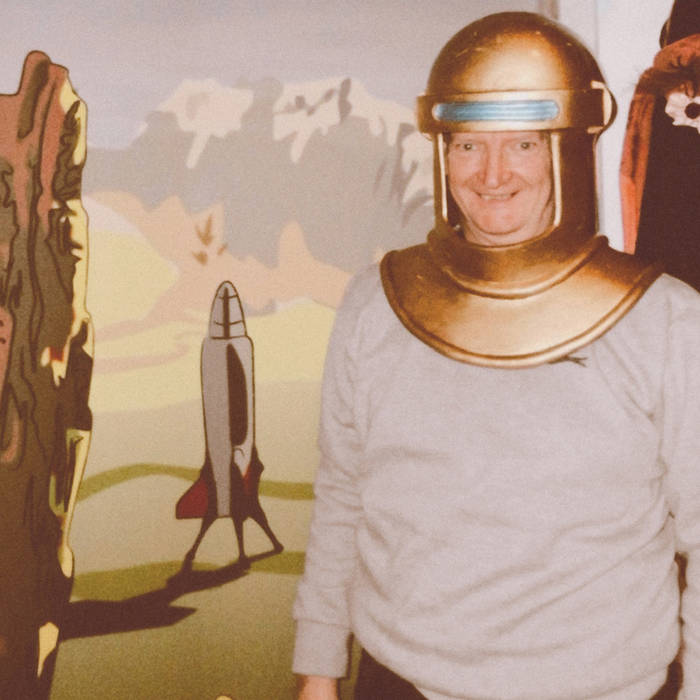 This entry was posted in groovy bastards... and tagged small bear, the bordellos. Bookmark the permalink.