Posted on January 2, 2018 by marklosingtoday

From the land of pop, that’ll be Sweden, this is Val Solo, sounds a little too close to Sal Solo, he of Classix Nouveaux fame or infamy depending on your perspective. Anyhow, mere mention of Sal Solo may appear not be the accidental coincidence that we might have first led to you to believe, for the ten track ‘songs from another time ….. and space’ full length finds this Mr Solo refusing to hide his obvious fondness for the crafting of pristine purred pop, especially if it comes styled with a whiff and shaped in the contouring of an early 80’s electro pop age.Anyhow, due to pressing time restraints, a brief delve on this visit, with that in mind, hang in there with the Classix Nouveaux references because in truth they aren’t far from the fold, a point no better exemplified than on the clearly big hair big shoulder suits soft smoulder of ‘no sound’ who feel good anthem like tethering clearly locates it around 1985 with would I be right in saying, something of a prettified pop tailoring that distantly recalls Bobby G’s theme work for ‘big deal’. Mind you that said opening salvo, the chill pop buzz pop flirtation that is ‘why don’t you talk to me’ has something of a youthful A-ha about its wares while ‘i’m in space (cabdiver dreams)’ has a strangely alluring Howard Jones thing going on towards the business end of its five minute stay. https://valsolo.bandcamp.com/album/songs-from-another-time-and-space 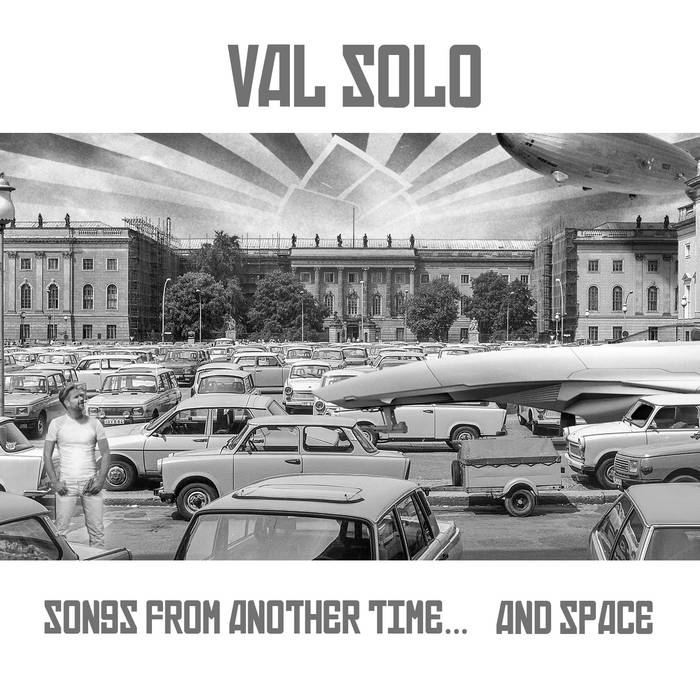 This entry was posted in groovy bastards..., Uncategorized and tagged val solo. Bookmark the permalink.